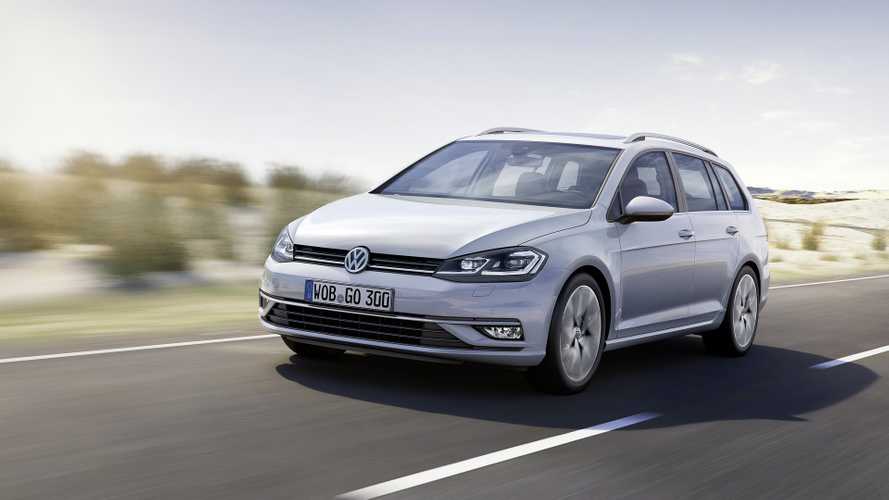 It can run on just two cylinders or none at all since the coasting function will turn off the engine completely.

When Volkswagen introduced the mid-cycle refresh for the European Golf in November 2016, one of the main highlights of the facelift was the new 1.5-liter TSI Evo engine. The turbocharged four-cylinder gasoline engine has been offered up until now exclusively with 150 horsepower (110 kilowatts) and 184 pound-feet (250 Newton-meters) of torque. The more economical version featuring variable turbine geometry and working on the Miller combustion cycle is finally being launched in Europe as a solution for those suffering from a TDI allergy yet in need of a thrifty compact car.

More about the Golf:

It’s considerably down on power as VW says it pumps out 130 hp (96 kW) and 147 lb-ft (200 Nm), but that won’t matter a great deal for people prioritizing fuel consumption who can’t afford or are not too fond of the GTE or e-Golf. Speaking of efficiency, the Golf will average anywhere between 4.8 to 5.0 liters / 100 km (49 to 47 miles per gallon), depending on specification, which translates into CO2 emissions varying from 110 to 116.

This will all be possible thanks to the highly advanced engine benefitting from Active Cylinder Management, which in layman’s terms means two of the four cylinders are going to be deactivated to save fuel whenever the TSI’s full power won’t be needed. Bear in mind it will only work while the engine’s speed is going to be between 1,400 to 3,200 rpm.

To save even more precious fuel, there’s a coasting function making its debut on the Golf range. At speeds of up to 81 mph (130 kph) and only on cars fitted with the optional seven-speed DSG, it will completely turn off the engine once the driver will take off his foot from the accelerator pedal. Don’t worry, all of the electrical systems will continue to work as there’s a lithium-ion battery providing the necessary juice to power the infotainment system, headlights, windscreen wipers, etc.

Meanwhile, the U.S.-spec regular Golf continues to be offered strictly with the familiar 1.8-liter TSI and there’s no sign it will be joined anytime soon by the new 1.5-liter TSI in either of the two flavors.

Volkswagen is extending the range of engines for the Golf1 and Golf Variant2through the addition of the latest member of the petrol engine family, the 1.5 TSI delivering 96 kW/130 PS.

The high-torque and simultaneously fuel-efficient direct injection, turbocharged four-cylinder engine works on the Miller combustion cycle. The highly compressed engine achieves appreciably increased effectiveness and thus significantly lower fuel consumption. For the Golf this is on average – depending on specification – between 5.0 and 4.8 litres per 100 kilometres, which equates to CO2 emissions of 116 to 110 g/km.

The four-cylinder engine simultaneously impresses with even quieter running and a level of pulling power even from low speeds that facilitates fuel-efficient driving in high gears. The maximum torque of 200 Newton metres is available from just 1,400 rpm and remains so across the entire engine speed range up to 4,000 rpm. The main contribution to this is made by the special architecture of the turbocharger, featuring variable turbine geometry (VTG). The Golf 1.5 TSI's top speed is 210 km/h.

For the first time, Volkswagen is offering a coasting function in the Golf, with which by using the 'eco-coasting' feature the engine is completely turned off. At speeds of up to 130 km/h, working in combination with a dual clutch gearbox, the engine completely cuts out whenever the driver lifts off the accelerator. The car then 'coasts'. A compact lithium-ion battery simultaneously supplies power to the electrical equipment, such as windscreen wipers, headlights and audio system.

When travelling within the engine speed range of 1,400 – 3,200 rpm, the Active Cylinder Management also imperceptibly completely switches off two of the four cylinders, depending on the load. In this way too, fuel consumption and emissions are significantly reduced.