MAZDA2 subcompact confirmed for U.S. and Canada in late 2010 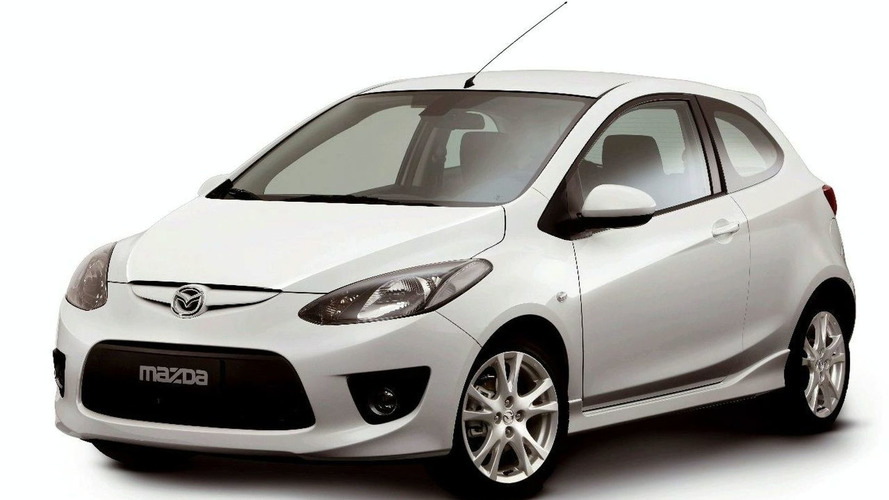 Good news for North American lovers of small, well-handling and fuel-efficient cars is that the Mazda2 is headed their way. First appearance will be the LA Auto Show.

The Mazda2, 2008 World Car of the Year, is headed for the United States and Canada. This piece of good news was sent out by Mazda North American Operations' president and CEO, Jim O'Sullivan during a presentation to the brand's top dealers. Such a move will coincide with Mazda's 40th anniversary in the US in 2010.

"You've asked us for it for a while now, and we've been studying the market to make sure we can make a business case for it across North America," O'Sullivan said. "As consumers' tastes and attitudes toward small vehicles have changed, we now believe strongly there is a place in our lineup for a car below our current least-expensive car, the Mazda3. Mazda2 will be true to everything that makes our cars stand apart from the competition: it will be stylish, fun-to-drive and a heck of a value. In short, it will be Zoom-Zoom."

Details of models to be sold and possible prices were not announced but will be out in due course. Currently only 1.3-litre and 1.5-litre petrol, as well as 1.4-litre and 1.6-litre turbo diesel engines are available depending on various markets. Japan calls it the Demio but it looks as though North America will stay with the name Mazda2. In the meantime potential buyers and other interested parties will be able to view the Mazda2 at the 2009 LA Auto Show.

Gallery: MAZDA2 subcompact confirmed for U.S. and Canada in late 2010