Mercedes-AMG GT Sedan Render Might Give The Panamera Nightmares 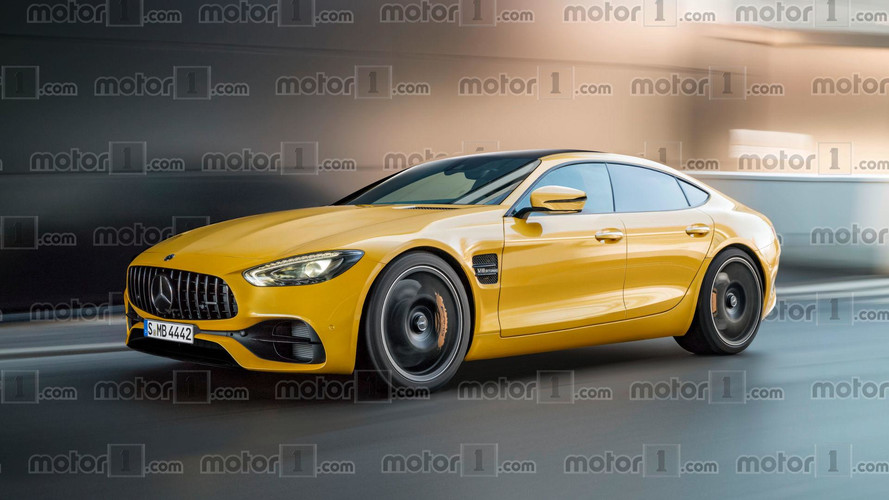 We can only hope it will look this nice and that it will have the concept's 800-hp hybrid punch.

Say what you will about the proliferation of sport utility vehicles, but at least we still have plenty of models from both mainstream and premium automakers that truly live up to the “sport” moniker. And with some having four or five doors along with a fairly spacious trunk, there’s also a good amount of utility to go with the performance these cars are packing. One relevant example that springs to mind would have to be the Porsche Panamera, which will eventually have to face some stiff competition coming from this, the AMG GT Sedan.

Technically speaking, it won’t be a sedan in the truest sense of the word as it will be more of a hatchback/liftback, much like its rival from Stuttgart. The folks from Affalterbach have already previewed the new addition to the range with an eye-grabbing concept, so we have an idea of how the production version will turn out to be. The attached render is based on the most recent spy shots with camouflaged prototype, hence why we believe it’s more than just a wild guess.

There are some big pieces of the puzzle missing as Mercedes hasn’t revealed yet whether the new addition to the AMG portfolio will be based on the two-door GT models or it will be related to the new CLS. In addition, will the CLS63 survive or it will be put out to pasture to make room for this new arrival acting as its direct replacement? For what it’s worth, the CLS Shooting Brake won't live to see another generation, so the Panamera Sport Turismo has nothing to worry about.

Talking more about the rivalry with the Panamera, the model bearing the Porsche crest maxes out at an already bonkers 680 hybrid horsepower in the Turbo S E-Hybrid, but the AMG is expected to dial the insanity up a notch. Indeed, the concept we mentioned earlier had an astounding 805 hp and sources close to Mercedes have revealed it will be installed in the production model.

Should the gossip turn out to be true, it’s going to be the company’s second most powerful model, after the Project One set to have four-digit horsepower from its 1.6-liter V6 taken straight from an F1 car and with a 31k engine life. The one in the new AMG GT won’t have that short life cycle as it will be the familiar biturbo 4.0-liter V8 already available in a multitude of models.

Expect to see the production-ready model at some point in 2018, though the hybridized range topper might arrive fashionably late in 2019.