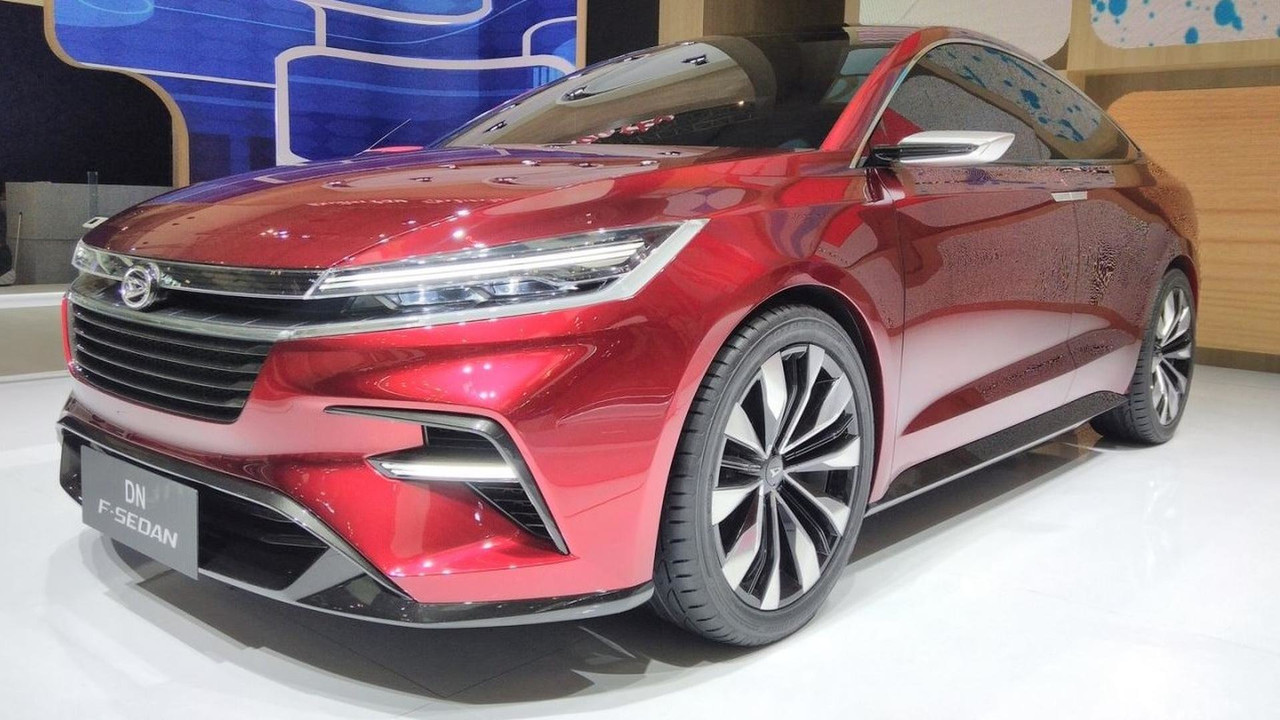 But the name is not that great: DN F-Sedan.

Toyota’s budget brand Daihatsu is attending the Indonesian Auto Show with a pair of brand new concepts fitted with suicide doors. The first of the bunch takes the shape of a somewhat stylish sedan with a swooping roofline and a derriere that makes us think of the Lamborghini Urus concept. From its swanky Honda Accord-ish headlights and slender mirrors to the retractable door handles and the rather cool 911-like taillights, the concept is quite nice.

However, there’s one big problem with it. For some reason, Daihatsu has decided to call it “DN F-Sedan.” The company doesn’t say where the first three letters come from, but as Shakespeare said, “what’s in a name?” If you take the badges off, it would probably be quite tricky to identify the concept as a Daihatsu.

Some technical specifications have been disclosed and we know the DN F-Sedan stretches at 4.2 meters and comes with a 2.51-meter wheelbase. It is 1.69 meters wide and stands 1.43 meters tall, while getting in and out of the car is a breeze thanks to the absence of B-pillars. Power is provided by a small 1.2-liter gasoline engine hooked up to a continuously variable transmission.

It could morph into a production car some years from now as Daihatsu says the concept explores the idea of a new type of model from the budget-conscious brand, but obviously it would lose the suicide doors and some of the other bling.

As for the other showcar currently being exhibited in Indonesia, it’s the DN Multisix minivan with a front fascia similar to the sedan. The three-row people carrier comes with a massive panoramic glass roof and rocks a pair of angular exhaust tips. Overall, it’s not a bad effort coming from Daihatsu and it goes to show minivans don’t necessarily have to be boring. However, this one too is a concept, so it will lose a great deal of its nice traits if it will ever evolve to become a production model.