Don't Put Your Feet On Dashboard, It'll Break Your Legs 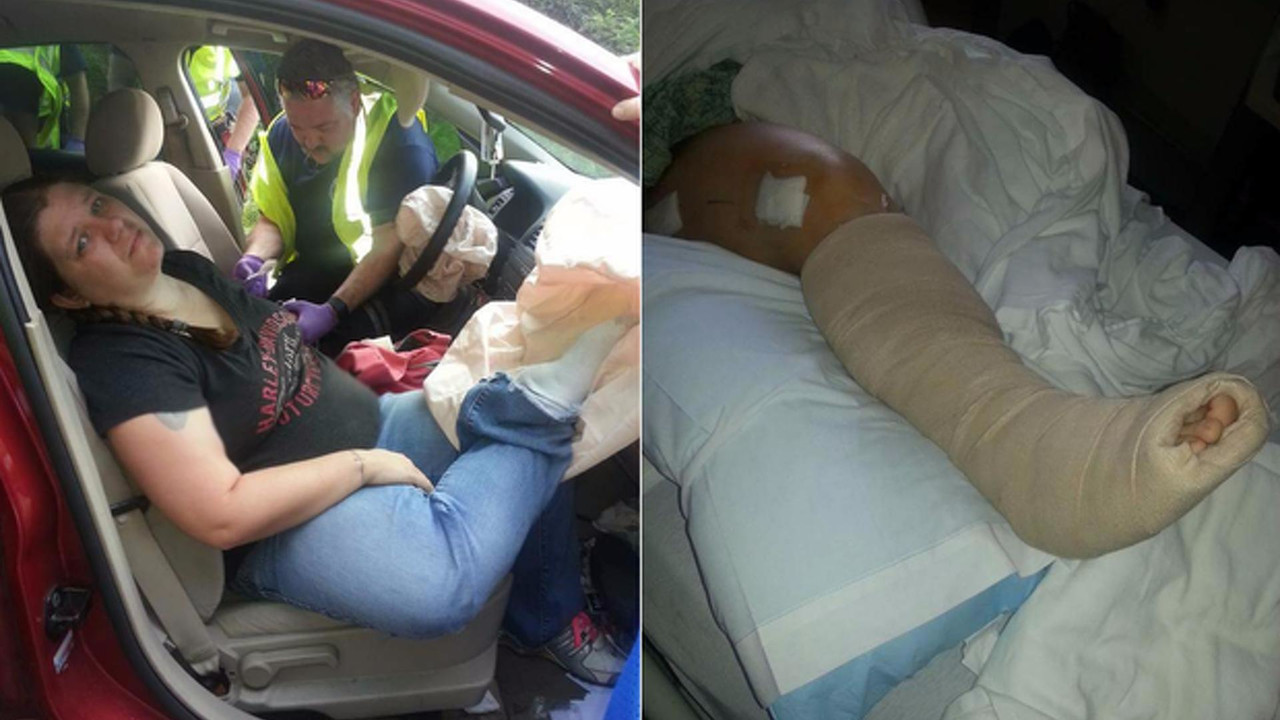 Now she can't stand more than 4 hours at a time.

Resting your feet on the dashboard is more common than it should be among passengers. People justify doing it because they claim the position is more comfortable during a long ride. However, Audra Tatum’s car accident in August 2015 demonstrates why folks should keep their feet firmly on the floor when in a vehicle.

The crash occurred when Tatum and her husband were taking a short drive. A car pulled out in front of them, and there was a fairly minor collision. The hit was hard enough to cause the airbag to deploy, though. With her foot on the dashboard, the blast forced Tatum’s knee into her face, breaking her nose. She also suffered a broken right ankle, femur, and arm.

Tatum told CBS that her husband always warned her that she could be seriously hurt in a crash with her feet on the dashboard. She didn’t listen, though. Her injuries in the crash required multiple surgeries and extensive physical therapy. She needed a over month before being able to walk again.

Even today, Tatum still faces the lingering effects of the accident. For example, the injuries took away Tatum’s ability to work in her career in emergency medical services because she can’t lift patients or stand for more than four hours. After that, she’s in extreme pain.

Airbags deploy at speeds from 100 miles per hour (161 kilometers per hour) to as quickly as 220 mph (354 kph). The force that they generate is enough to cushion a human body in a collision, so an object in front of them can easily become a dangerous projectile in a crash.