Joker-Themed BMW i8 Is A Seriously Sinister Work Of Art 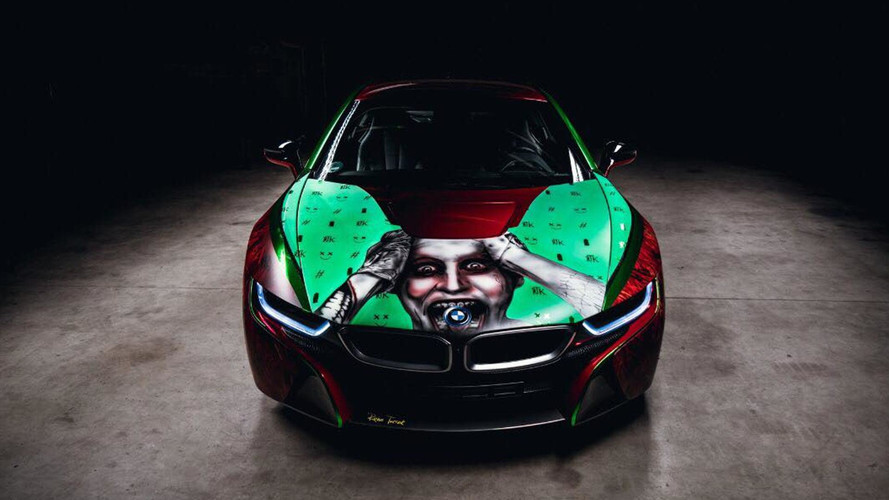 Given the hype that surrounds any new superhero film from Marvel or DC, it makes sense that those same fanboys and girls would want a vehicle to match the outrageous personalities portrayed on film. Kia, for example, recently introduced an Iron Man version of its new Kona, and Jeep, in 2016, partnered with DC to create a Dark Knight-themed Renegade.

The latest superhero (or should we say super villain) and supercar crossover is a bit more unique. Inspired by Jared Leto’s Joker character in DC's relatively new Suicide Squad film, this BMW i8 has been done up to match the insane personality of the character on screen. A sharp contrast to the Dark Knight-themed i8 we saw just a few days ago.

The piece was created by artist Rene Turrek, who you may remember for previous superhero vehicle mashups like the Captain America Ford Mustang, and the Iron Man Lamborghini Aventador. His latest subject, the aforementioned i8, comes equipped with a 357-horsepower (266-kilowatt) 1.5-liter three-cylinder hybrid engine setup, more than enough performance for a super villain of this caliber.

Draped in a three-tone red, green, and silver base finish, the i8 is coated headlight to tailgate in the appropriate super villain scheme. The Joker’s face is painted on the hood, showing off his signature pose, while the various logos from the film, and the word "HA" is littered throughout the body, inspired by the various tattoos Jared Leto wears in the film.

Along with the unique paint, the car has been fitted with LED lighting fixtures on the hood, and side panels that illuminate various angles and wording, as noted in the photos above. Overall it's a pretty unique piece.