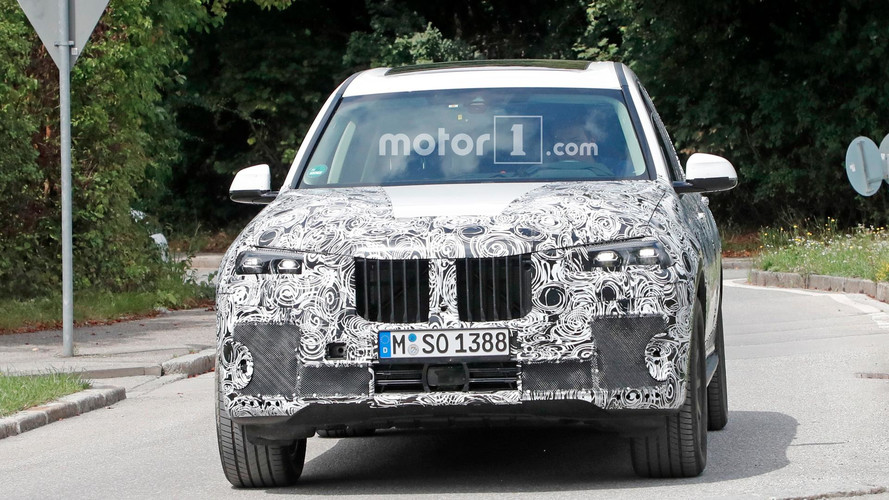 The X7 is looking quite stylish. We can't wait to see the concept.

A new batch of spy photos shows that the BMW X7 is a step closer to being production ready because the latest test mule wears the final LED headlights. They’re quite stylish parts.

The skinny lights each feature two LED arrays that evoke BMW’s classic pair of circular lamps. The turn signals run across the top. The three-quarter perspective showcases a hood that dips down over the kidney grilles, which creates a sharper nose for the big crossover. The front fascia features large intakes at each corner and a smaller opening running between them.

More News About The BMW X7:

The production taillights appear to be on this test mule, too, but BMW camouflages the majority of the design. The smartly integrated roof spoiler and exhausts look attractive, too. The X7 also has a massive set of rear doors, which should allow for easier access to the third row of seats.

There might not be a long wait until the X7 drops its camouflage because a concept reportedly closely previews the production model at the Frankfurt Motor Show. Assembly will begin in 2018 at BMW’s plant in Spartanburg, South Carolina.

The X7 rides on the CLAR platform, like the latest 7 Series, Rolls-Royce Phantom, and upcoming Rolls-Royce Cullinan. Powertrain options will reportedly come from the 7 Series, including a base six cylinder, turbocharged plug-in hybrid four-cylinder, mid-range V8, and a V12 at the top. The concept at Frankfurt at least will also have a hydrogen fuel cell, according to a recent report.

The X7 will debut as a three-row luxury crossover, but an ultra-posh two-row version will reportedly come later with a price in the six figures.