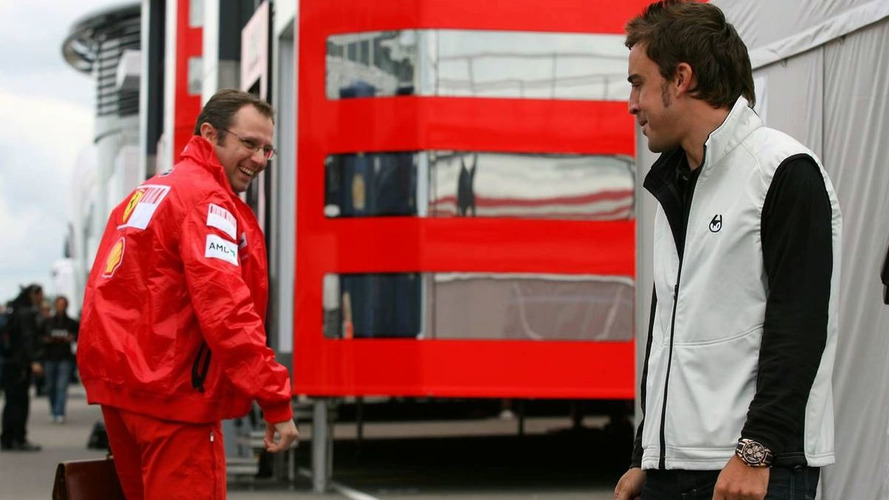 Fernando Alonso insists it is not '100 per cent' certain that he will be a Ferrari driver in the near future.

Fernando Alonso insists it is not '100 per cent' certain that he will be a Ferrari driver in the near future.

The Spaniard had been told by La Gazzetta dello Sport that Italian fans already see him as the next driver of a Maranello made single seater.

"We can't be sure 100 per cent about that yet," the 27-year-old answered during the recent Italian GP weekend. "There's still work to be done."

It is believed that Ferrari is negotiating with Kimi Raikkonen's management about a financial settlement to end his contract one year early.

The situation is also complicated by the injured Felipe Massa, who after his serious head injuries is yet to return to any driving or physical activities despite aiming for a return to F1 next March.

In the meantime, Alonso chooses his words carefully but is clearly keen to finalise his switch to Ferrari.

Lewis Hamilton told Italian media at Monza that he would like to compete against a Ferrari driven by Alonso, and the Spaniard later replied: "That's fine by me, I accept."