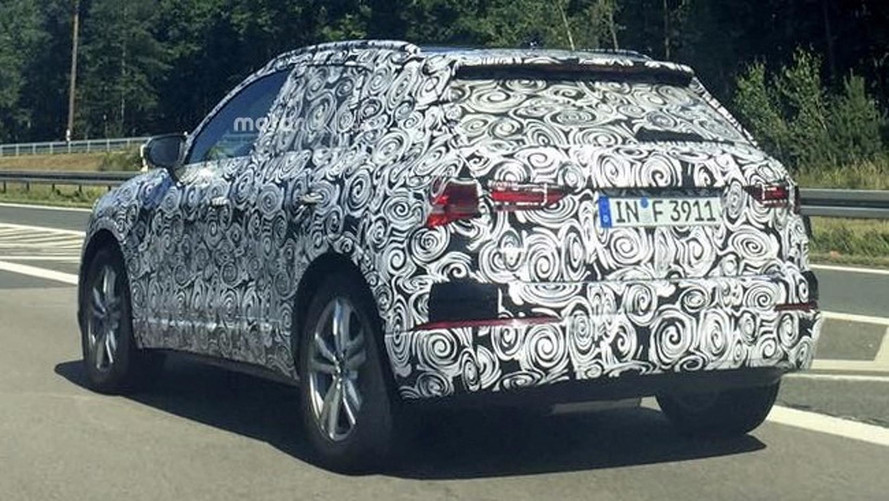 Can't say that we are surprised.

Time files as already about six years have passed since the launch of the first Q3, so naturally Audi is currently gearing up to introduce a successor. While it may not look all that different, there are some major changes hiding underneath the familiar skin once you take into account the small luxury crossover will ditch the PQ35 platform used by the Golf V and switch to the VW Group’s flexible MQB.

We admit the quality of the spy photos is not exactly on a par with what you’re used to seeing, but even so these do allow us to take a good look at a prototype that seemed to have the production body and lights. Speaking of which, notice the halogen headlights that surely don’t do the Q3 any justice, but it goes without saying Audi will sell you its posh CUV with a full-LED setup if you’re going to be willing to fork out the money. We won’t be too surprised if in some markets even the base version will come with LEDs, or at least Xenons.

Set to go up against the likes of BMW X1 and Mercedes GLA, the next-gen Q3 should provide a considerably more spacious interior than the model is about to replace thanks to the new underpinnings. The hardware should also pay dividends in terms of the trunk’s capacity, thus making it a better companion on longer trips. Part of the roomier cabin will come as a result of an increased footprint via an elongated wheelbase, but even so we’re expecting Audi’s gym instructor to shave off a considerable amount of weight from its Q3 trainee.

Will the new Audi Q3 end up looking like a downsized Q5? We’ll have to wait until the camouflage will be entirely dropped, but that’s the feeling we are getting right now by looking at these spy images.

Expect the disguise to come off at a major auto show in 2018, with hotter SQ3 and RS Q3 models to land before the end of the decade. It’s important to mention that while the current generation is built by SEAT at its Martorell plant in Spain, the new one will be manufactured by Audi at the Győr factory in Hungary where the A3 and TT models are being assembled and also where the Q3’s sportier-looking sibling, the Q4, will be made starting 2019.