BMW 1 Series Sedan Might Come To United States After All 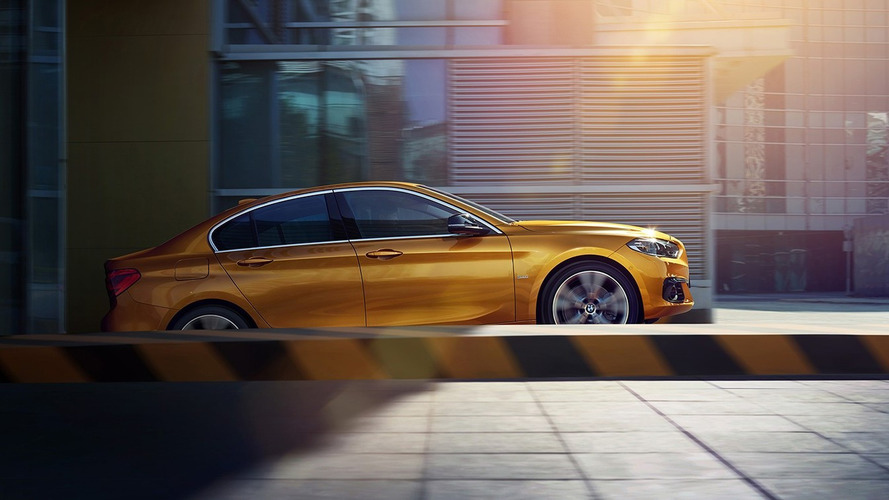 Will people care about its front-wheel-drive layout? Probably not.

BMW has said multiple times the 1 Series Sedan would remain a China-only affair, but it seems the head honchos from Bavaria are having a change of heart. Automotive News has learned from an undisclosed source familiar with the company’s agenda the front-wheel-drive small sedan is in fact heading to the United States and is expected to hit dealerships early 2019. That honestly doesn’t come as a big surprise considering Mercedes is gearing up to introduce an A-Class Sedan to slot below the CLA in the U.S. where Audi has been selling the A3 Sedan for quite some time.

Riding on the UKL platform like the 2 Series Active Tourer and Gran Tourer minivans as well as the X1, the 1 Series Sedan is currently available strictly in the People’s Republic. Although a prototype of the car was seen some time ago in Munich, it seems that for the time being BMW doesn’t have plans to bring it to Europe.

But with the company preparing an all-new, front-wheel-drive 1 Series hatchback for 2018, a sedan version tailored to the Euro crowd doesn’t seem out of the question. It will be interesting to see whether the U.S.-bound 1 Series Sedan will be more related to the Chinese version or with a supposed Euro-spec model – that is if there’s actually going to be one different than the CN-spec model.

The same report also contains a lot of additional information about BMW’s plans for the U.S. market where a refreshed M2 will go on sale late 2018. Rumor has it a 2 Series Gran Coupe is in the works with a FWD setup for an early 2020 release whereas the 2 Series Coupe and Convertible successors are scheduled for 2022.

The next-gen 3 Series, which we just spied with production lights, is pinned for a launch towards the end of next year while an EV version is expected for 2019 or 2020.

Moving up in the range, a new 4 Series Coupe is allegedly set for a 2020 release, with the convertible and Gran Coupe coming in 2021.

Surprisingly, U.S. will have to wait until mid-2019 to buy the Z4 successor, but at least we’ll get to see a concept in a few days at Pebble Beach.

The hotly anticipated M5 debuting later this month will get those mandatory U.S. side reflectors early 2018 after the launch of the 6 Series Gran Turismo this fall.

BMW’s reborn 8 Series is slated for a release late next year and will be followed shortly by the convertible as well as by a Gran Coupe towards the end of 2019. These three will come to replace the equivalent 6 Series models and the range will be topped by an M8 already teased.

As far as the company’s green portfolio, the i3 is due for a mid-cycle update late this year and will switch to a new gen in 2020. The i8 roadster is scheduled to go on sale in the first half of 2018 after a reveal this December during the Los Angeles Auto Show. As for the i8 coupe, it will get more power and an extended range at some point next year. The next-gen i8 in both body styles will come in 2022 and might ditch the combustion engine altogether.

The iNEXT flagship will arrive in 2021 as a fully electric crossover with highly advanced autonomous driving capabilities (level 3.5) and a maximum range of 310 miles (500 km).

In regards to the X models, an updated X1 is programmed for early 2019 and a next-gen version for 2022/2023. Until then, the X2 will go on sale in the U.S. in the first quarter of next year. The bigger X3 will hit the market in November and its lineup will be expanded next year with a plug-in hybrid and an already confirmed electric variant in 2020.

The next-generation X5 riding on the CLAR platform will grow in size once it will be launched late 2018 while its “coupe-ified” counterpart, the X6, is due in the U.S. by the end of the decade. Lastly, the X7 bound to be previewed next month by a concept will morph into a production model in the U.S. during the first quarter of 2019.