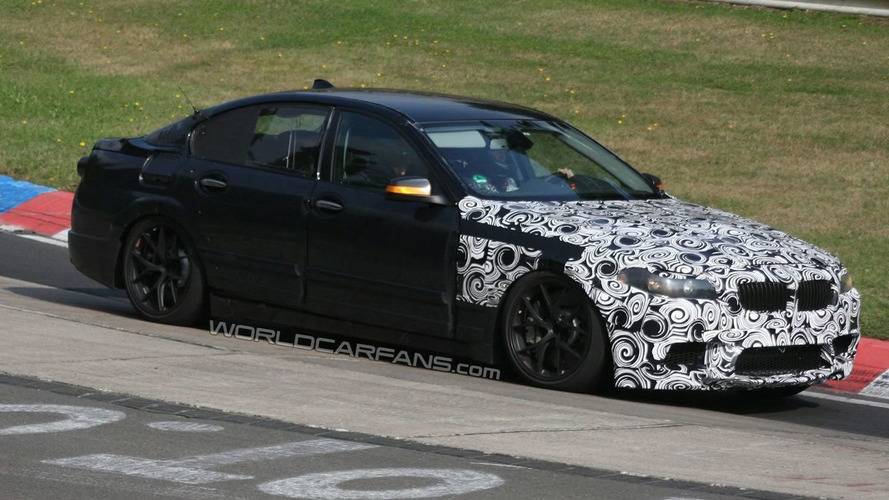 The first next-generation BMW M5 prototype was spied planting rubber around the Nürburgring. While it's still early to say for sure, expected power should comfortably tip over the 400kW (555hp) mark.

Lo and behold, the next-generation BMW M5 F10 prototype spied testing at the Nürburgring has finally lost some of its heavy plastic cladding on the front end.  In its place BMW has plastered their almost famous psychedelic wrappings. Now we can see the overall design of the front bumper fascia, more specifically, the magnitude of the air intake pockets.

Just in case you were skeptical of its M5 intentions, giveaway signs include the four round tailpipes BMW exclusively assigns to all current and recent M cars plus the large brakes with cross-drilled rotors all around.  Also, is that a power bulge on the hood?

As for the engine, speculation has it that the new 4.4-litre twin turbo seen in the X6 M and X5 M with 555hp will be used. Not as powerful as the current segment power-king the Audi RS 6 V10 quattro with 420kW (571hp), however, BMW tends to make up for the power deficiency in driving dynamics.

As we lead into the winter testing season spies will sooner or later be able to gather more accurate information about the powerplant.