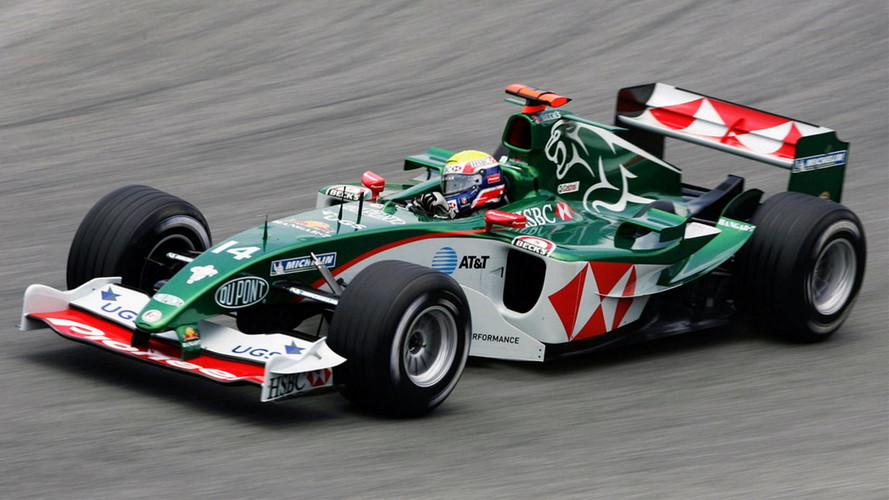 Thankfully, driver Klaas Zwart walked away from the wreck unharmed.

At a recent Boss GP event at the TT Circuit in Assen, Netherlands, a one-of-a-kind Jaguar Formula 1 car suffered a potentially career-ending crash. Taking to the track this past weekend for practice during the Gamma Racing Days event, the Jag was being driven by multi-millionaire and founder of the former Ascari supercar company, Klass Zwart, when the accident occurred.

According to The Drive, Zwart was driving the 2005 Jaguar R5 Cosworth F1 car – wearing its original green, white, and red HSBC livery – quickly around the track when he approached a slower driver from behind. Attempting to pull alongside the driver following a sharp left-hand corner, Zwart was forced off of the track, pushing the classic Jaguar onto the grass, causing the car to spin around backwards, and launch over a curb. Video below shows exactly what happened the moments leading up to the crash:

After striking a retaining wall, the car eventually came to a halt on its roof. Thankfully Zwart walked away from the incident completely unharmed... though the same can’t be said for the car. The transmission, suspension, and bodywork were damaged beyond repair, with no available spare parts on hand. The embedded Instagram gallery below shows photos and videos of the wreck from start to finish.

The Boss GP is a single-seat racing series that is open to any and all open-wheel race cars, making for a healthy variety of modern and classic racers alike. Rumors suggest that Zwart could consider retiring from the series due to incompetent drivers, this latest wreck should be proof of that.