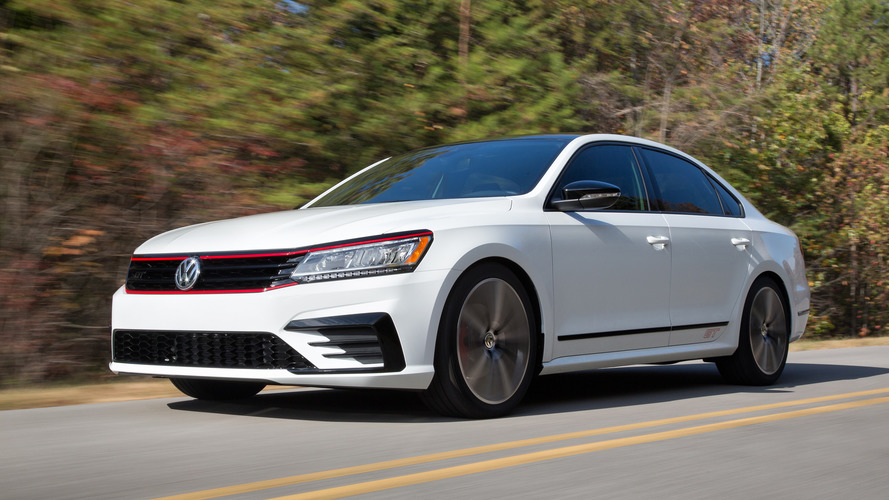 Expected to stick with the VR6 engine.

Volkswagen unveiled the Passat GT concept at last year’s Los Angeles Auto Show, but without any signs of putting it into production. Now, a company spokesperson cited by Digital Trends has revealed the sporty-ish midsize sedan is a go and will be available for the upcoming 2018 model year. He went on to mention the road-going model will stay true to the concept before it, so there probably won’t be any significant changes compared to what we are seeing in the adjacent images.

The trusty naturally aspirated VR6 engine seems to be locked in and it will push out at least the 280 horsepower and 258 pound-feet of torque you get in the regular model in North America. In its strongest iteration, the Passat sold in Europe has the same output, but coming from a turbocharged 2.0-liter, four-cylinder engine delivered to a 4Motion setup. It’s important to mention the Euro model rides on the MQB platform whereas the U.S.-spec variant uses a much older architecture, so the differences between the two are significant.

As a side note, we should remind you VW has announced that it’s working on a new six-cylinder turbocharged engine for the Euro-spec Passat’s hotter sister, the Arteon, and that it might end up in the Atlas three-row SUV currently offered with the aforementioned VR6. That being said, there are no signs the new mill will end up in the American Passat as chances are it is being developed for MQB products.

To make it worthy of its “GT” suffix, VW of America will give the sporty Passat a stiffer suspension setup bringing a lower ride height, along with bigger wheels, and some styling tweaks inside and out in the same vein as the concept. It will probably be available strictly with a front-wheel-drive layout and a DSG transmission like the regular model.

Details about when VW will debut have not been disclosed, but the Los Angeles Auto Show in early December seems to be an appropriate venue for the production model’s premiere. It should hit dealerships shortly thereafter and will cost somewhere in the region of $30,000.