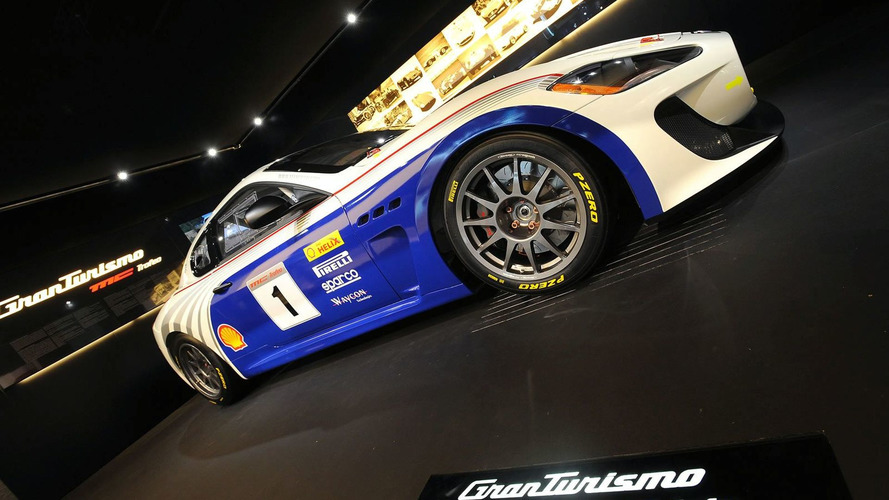 Maserati picked Frankfurt to show off their new race car, the Maserati GranTurismo MC Trofeo. The vehicle will be run in a new, 14-race series next year.

Maserati used Frankfurt as the platform for the debut of their new racecar, the GranTurismo MC Trofeo.  Set for a 2010 launch, the racer will be run in a new, championship series comprising of two, 40-minute races on seven different dates across Europe.

The new car is based on the GranTurismo MC Concept shown a year ago.  That concept had a 4.7-liter V8 engine that generated up to 444 horsepower and up to 376 ft-lbs of torque, and those stats have remained the same for the Trofeo.  Like the Concept, the Trofeo is "much lighter," and features "optimized" aerodynamics, when compared to the GranTurismo S.

Seen on the Trofeo are custom wheels, measuring in at 11"x18" up front, and 13"x18" in back.  Mono-bloc calipers and steel discs are used on the non-ABS brakes.

The Maserati GranTurismo MC Trofeo will make its first track appearance in April 2010.  Drivers who enroll in the series will receive a full slate of technical an organizational services, whether they sign up as an individual or with a teammate.