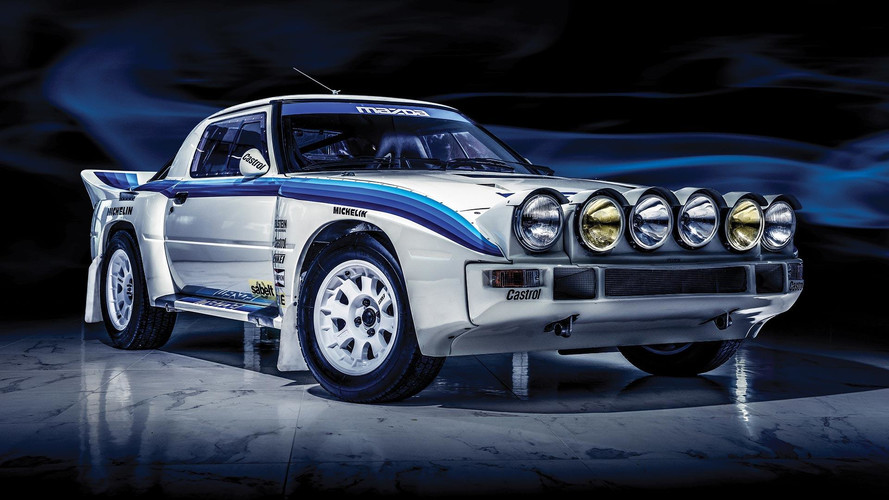 This one never raced. It remains in factory-fresh condition.

The era of Group B rally cars produced epically powerful machines like the Audi Quattro Sport and Lancia Delta S4. Soon, RM Sotheby’s will auction a largely unsung player in this famous period of motorsports by putting a 1985 Mazda RX-7 Group B on the block in London on September 6. This is likely the best example of the rare model in existence.

The RX-7 rally car’s lack of fame comes from inadvertent poor timing on Mazda’s part. Fatal accidents during the 1986 season of the World Rally Championship brought the end of the Group B category. To compete in the class, the organizers required a 20-unit production run of a given vehicle. According to RM Sotheby’s auction listing, Mazda only managed to build seven complete examples of the RX-7 Group B, despite having parts and spares for the rest.

The RX-7 Group B entered competition in 1984. While the coupe had a short competition life, the model had some success. Most notably, Ingvar Carlsson drove one to a third-place finish in the 1985 Acropolis Rally.

The rally-prepped RX-7 looks ready for competition with huge flares at the front and rear. Under the hood, there’s a modified version of the naturally aspirated two-rotor 13B engine that came in the road-going model, but here the mill put down around 300 horsepower (224 kilowatts), which routed to the rear wheels. Looking at the interior photos, a mark at 11,000 rpm on the tachometer suggests this thing can rev to the moon.

The one up for auction is even more special. After assembly in 1985, Mazda Racing Team Europe never bothered to race it. The car sat at the crew’s headquarters until the early ‘90s when the Swiss Mazda Importer acquired the vehicle and put it on display. The coupe also spent some time as a showpiece at the Mazda United Kingdom headquarters (read a brief story about that from the company, here). The current owner recently commissioned six-month “light-touch” restoration that brought the RX-7 back to the exact Works specification as it left the original workshop.