Rare Ferrari 365 Competizione Daytona Might Be Worth $1.6M [UPDATE] 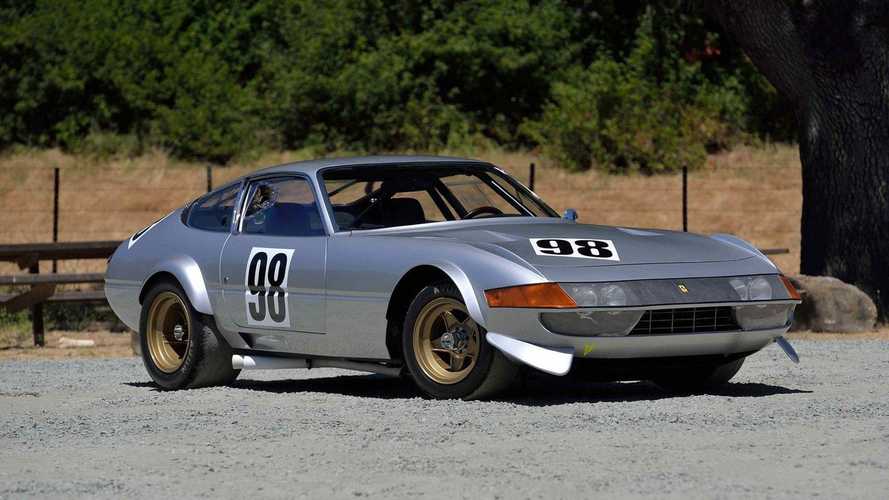 In a surprise by rare Ferrari standards, this rare Prancing Horse failed to sell.

UPDATE: Though expected to bring as much as $1.6M at Mecum's Monterey auction, the classic Ferrari didn't sell. Bidding topped out at $950,000, well short of even the minimum estimated figure of $1.25M.

If you would like to own a little bit of Ferrari racing history, you’re in for a treat as a 365 GTB/4 Competizione Daytona is heading to the auction block later this month. The model has an interesting history as only 15 cars were ever made by Ferrari in three series of five units, starting with 1969. As a consequence of its limited availability, some people with the means to buy a thoroughbred Ferrari race car didn’t get the chance to claim one.

That is why privateers decided to fix the issue by taking matters into their own hands and building 11 race-ready Datyonas. This 1971 example in great condition is one of them and comes with a lot of racing pedigree, having been driven at the 4 Hours of Le Mans in 1972. It claimed an honorable fifth spot in the GT class and eighth in the overall standings.

A Ferrari importer based in Paris bought a standard Daytona and upgraded it to Competizione specifications through its racing department. The 4.4-liter engine was blessed with beefier pistons, race-spec cams, and tweaked carburetors, among other changes. Aside from fiddling with the V12, the engineers also installed a roll bar and custom wheels at both front and rear axles.

The list of changes is quite extensive as it also includes a reworked body with lower front dive planes, rear brake scoops, and air splitters mounted on the fenders. The 365 GTB/4 Competizione Daytona also got a competition fuel filler on the C-pillar and a set of racing tires to make it ready for the grueling Le Mans.

Fast forward to 2007, it was acquired by Ferrari expert Michael Sheehan and he commissioned a cosmetic restoration to bring it back to the exact same specs as the 1972 race car. Work was over by the fall of 2008 and the vehicle was also subjected to an engine refresh worth $54,000. The money went into installing race-grade connecting rods, lightweight pistons, and into that stainless steel, free-flowing side exhaust. Tested on the dyno, the V12 generated 455 hp at 7,400 rpm and 354 lb-ft (480 Nm) at 6,200 rpm. It’s not just the body and engine that have received the proper care as the Competizione Daytona was also fitted with a new suspension and larger brakes to match the muscle provided by the optimized V12.

Mecum Auctions will have it for sale at the Monterey event (August 16-19) where it’s expected to fetch anywhere between $1,250,000 and $1,650,000. The future owner will be able to take it to the track at various events tailored to old race cars, such as the Classic 12 Hours of Sebring, Monterey Historic Reunion, and the Daytona 24 Hour Classic.