Everything You Need To Know About The Jaguar XJ220 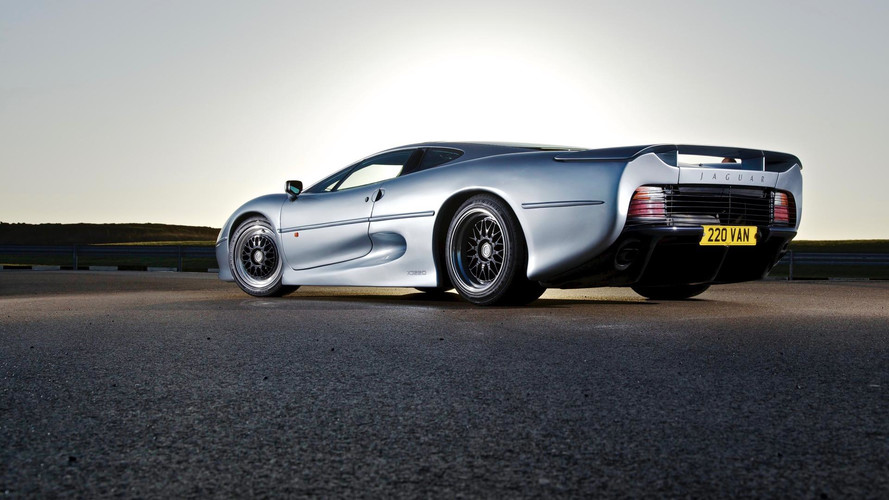 Jaguar has a rich motorsport heritage and so when the time came during the 1980s to build a road car to celebrate this, it needed to be something special.

Here is everything you need to know about the Jaguar XJ220.

There was no plan. The Jaguar XJ220 began as a classic "after-hours project" by engineers and designers who thought that there was a bit of a gap between the current road car offerings and what was being raced. They longed for the days where you could drive to the track in your Jaguar C-Type, win the race and drive home again.

To justify the resources this "Saturday club" consumed, the prototype car had to provide meaningful data for future road and racing cars. The tinkering continued with Group B racing in mind and so eventually the project grew into an all-wheel-drive V12 supercar.

Jim Randle, the car's designer, called in favors from suppliers to build a concept. The car still didn’t have any official backing and so the first example had to be built on a shoestring. In fact, the concept was only approved to be shown publicly one week before its debut.

The XJ220 concept was finished in the early hours of 18 October 1988 — the very day the car was to be shown at the British International Motor Show in Birmingham.

What’s in a name?

When revealed to the public, the Jaguar XJ220 immediately became the star attraction at the Birmingham motor show. Ferrari brought a bright red F40 to the party, but it looked like a dinosaur next to the sleek new Jag.

Jaguar had absolutely no intention of selling the XJ220, but when a number of enthusiasts presented blank checks, attitudes changed.

After a bit of box ticking and number crunching, Jaguar decided that it would build a limited run to meet the unexpected demand.

The future was looking bright for the Jaguar XJ220, but behind the scenes it was turning into a logistical nightmare.

Jaguar lacked the resources to develop the car as its focus was on more mainstream models. Thankfully, an existing joint venture in motorsport with Jaguar Sport and Tom Wilkinshaw Racing presented a solution. However, the costs rapidly began to rise with the finished product approaching £470,000.

The crack team of engineers got to work and began to study competitors such as the Porsche 959. It was quickly decided that all-wheel drive would be ditched in favor of a simpler rear-wheel drive layout. This saved weight and created less of a headache when it came to maintenance.

Another big change from the original design came when the race-bred 6.2-litre V12 was replaced with a biturbo 3.5-liter V6 engine. This was done for multiple reasons, including weight, packaging and emissions.

Such drastic changes from the original concept car resulted in many people cancelling their orders.

It might not have a big V12 as intended, but the XJ220 is still an impressive machine. Officially Jaguar said that the car would do 0-60 mph (0-96 kph) in 3.6 seconds, but road testers at the time struggled to meet the British manufacturer's bold claims. Road & Track only managed 0-60 mph in 4.8 seconds, some way off what was promised.

F1 driver Martin Brundle took the car to a top speed of 212 mph (342 kph), but reported that the rev limiter was stopping the car from going any faster.

A few alterations, including the removal of the car's catalytic converters, resulted in a top speed of 217 mph (350 kph). As the converters were not required by European law at the time, the record-breaking XJ220 was still considered to be road legal.

The Jaguar supercar held the record for fastest road car until the arrival of the McLaren F1 and its incredible run at 240 mph (386 kph) in 1998.

In 1991, a Jaguar XJ220 prototype was testing on the infamous Nürburgring and set a lap time of 7:36.46. This made the Jag faster than any production car to tackle the "Green Hell" before it.

The track’s complex corners, elevation changes, and 12.9 mile length is still the ultimate test of any car.

Victory and loss at Le Mans

In 1993, Jaguar sent three Jaguar XJ220-C racing cars to the famed Le Mans 24-hour race. The Jags beat a strong effort from Porsche to take the GT class win. Well done Jaguar. But being an XJ220, that is not the end of the story.

It was later found that the cars were run without their catalytic converters, something demanded by the rules. This resulted in the Jaguars being disqualified.

The huge financial crisis of the early 90s caused the exotic car bubble to burst. The value of collectible supercars fell dramatically, with a Ferrari 250 GTO selling for £8.5M less than it was bought for just three years before. This hostile environment dented initial demand for the headline-grabbing Jag.

A total of 271 cars were produced, notably less than Jaguar had intended, and it is reported that some remained unsold for years after.

Phoenix from the ashes

The flagship Jaguar might have faced an uphill struggle when new, but today the car is a cult classic. Retrospective road tests highlight that it is actually an incredible piece of engineering.

Its rarity, historical relevance and troubled past all make the XJ220 a burgeoning collector's car. You can grab a well looked after example for about £300,000 ($391,000) at the moment – a relative bargain next to a Ferrari F40 – but values are rising.

And with the car's 25th anniversary being celebrated in 2017, that will no doubt bring a renewed interest in one of Britain's most controversial supercar.