2018 Nissan Leaf Photographed At The Factory Where It's Made 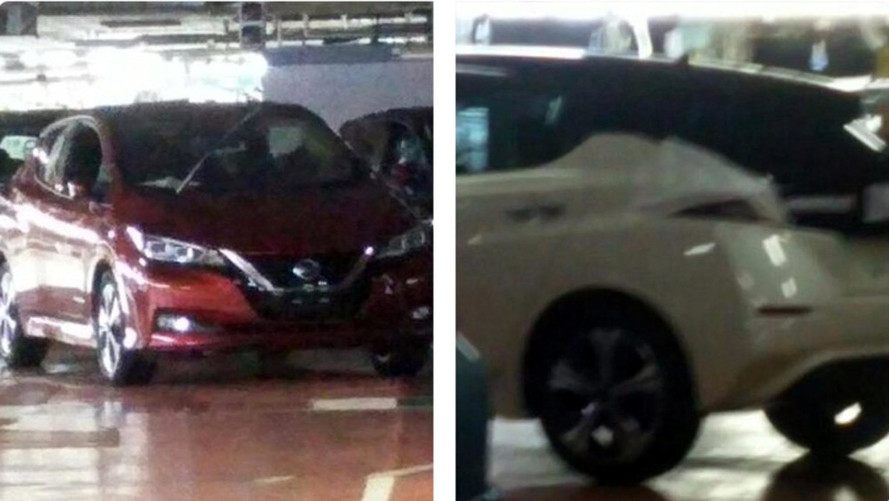 Plot twist: these photos were actually published online by a Nissan employee.

Despite the fact the images were likely shot with the first camera phone ever launched, it’s easy to see the second-generation Leaf will look substantially different than its predecessor. The red and white duo was shot on the factory floor at the company’s assembly facility in Oppama located in Yokosuka, Japan where the electric hatchback comes to life.

What’s interesting about the adjacent low-resolution pics is these were taken by someone who actually works for Nissan. He goes by the pseudonym “Blue Miata” and decided to provide us all with a juicy leak showing most of the vastly improved exterior design of the world’s best-selling EV now gearing up to make the transition towards a second generation.

Not only is the design inside and out being overhauled, but the hardware is also going through some significant changes. A lot of technology is being crammed into the zero-emissions hatch, which is set to feature a digital dashboard, an advanced parking system, one-pedal operation, and ProPILOT Assist technology able to steer the car on highways in certain conditions.

However, what will matter the most for the vast majority of those in the market for an EV will be the range the new Nissan Leaf will be able to cover between two charges. A previous spy video depicted a prototype with the dashboard indicating 165 miles (265 kilometers) worth of battery juice at a 99% level of charge, so expect at least that from the production model. The boost in range over the outgoing Leaf will come not just from the improved hardware, but also thanks to a more aerodynamic body.

Now that we’ve seen most of the exterior and a solid portion of the interior, all that’s left to do is for Nissan to take the wraps off the 2018 Leaf. It will happen in less than a month from now, on September 6. In the meantime, look out for even more teasers and these so-called leaks.