Meet The World's Shortest Bentley Ever 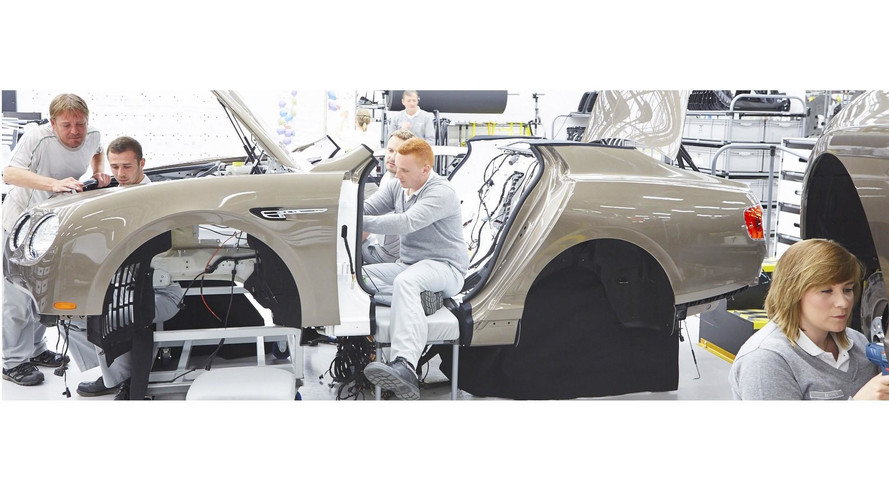 It doesn't even have seats.

Bentley through its Mulliner bespoke division offers endless possibilities to customize your new car from Crewe, but they’re probably not willing to shrink the wheelbase like it has been the case with this project. You are looking at a two-door Flying Spur, but one that’s not a Continental GT and with the distance between the two axles much shorter than the 120.7 inches (3,066 mm) of the stately sedan.

It’s so short that it doesn’t even have enough space in the cabin for front seats, let alone for the cozy rear seats with an abundance of legroom you get in a regular Flying Spur. Just by looking at this image you can tell the combined length of front and rear overhangs probably surpasses that of the wheelbase. But the roofless Flying Spur is not a car you can actually buy as it was built purely for training purposes.

For the sixth consecutive year, Bentley has been named Top Employer by the suitably called Top Employers Institute. For 2017, the luxury marque had 60 new openings in its apprenticeships program covering not just the manufacturing or engineering disciplines, but also apprenticeships about finance, business, purchasing, human resources, as well as sales and marketing.

Besides working on a tiny Flying Spur, Bentley’s apprentices have also been tasked to restore a classic 1965 T-Series. The British high-end manufacturer has been training apprentices for more than four decades, so it’s safe to say it knows a thing or two about providing trainees with the necessary lessons. There are three- or four-year apprenticeship programs allowing those involved to learn from the very best in their domains covering just about everything car-related you can imagine.

Bentley has a busy scheduled up ahead as not only is it putting the finishing touches on the all-new Continental GT due later this year, but it’s also preparing the next-gen Flying Spur and a plug-in hybrid version of the Bentayga SUV.