Toyota Patents Manual Trans That Shifts To Neutral By Itself 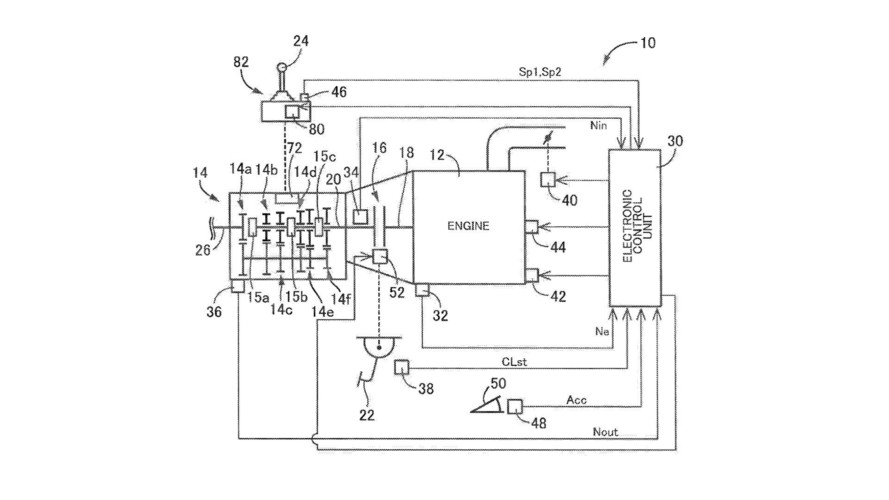 If it does things by itself, can you really call it a manual?

The world of automotive inventions and patents is nothing if not complicated. Reading through this lengthy application Toyota filed to the US Patent & Trademark Office back in January, we think we understand what’s going on here. Of course, we welcome you to check out the application for yourself, because we’d love to get your feedback on whether this is a novel idea, or an attempt to fix a nonexistent problem.

As far as we can tell, the patent involves an electronic control unit that can operate the clutch and gearbox of a proper manual transmission, by which we mean a car with three separate pedals and a lever in the middle to change gears by hand. When activated, the control unit can automatically disengage the clutch when the car is coasting, but it can also operate the gearbox to take the car out of gear. As such, it can also actuate a series of lock pins that would prevent the driver from shifting to a gear too low or too high given the vehicle’s speed.

In other words, it would keep all you boy racers from executing high-rpm downshifts just to hear the exhaust pop. On the other side of the coin, it would keep you manual transmission newbies from accidentally going to third gear instead of first as you coast to a stoplight, saving you from a very embarrassing stall in front of the entire world.

Presumably this device could increase fuel economy since engine rpm would fall to idle during coasting. It could also help alleviate wear on both the clutch and transmission synchros caused from downshifting at revs higher than normal. A specific control method for this coasting control system isn’t explained in the patent, but we suspect it would be a configurable setup not unlike what you find for suspension or engine parameters.

In theory it sounds neat enough, but in our current automotive world is such a system even relevant? Automatic transmissions are already the status quo in the U.S. and they’re becoming more prevalent around the world. People who don’t want to shift have plenty of affordable options, and those who do want to shift their own cogs would have no use for such a system. After all, the whole point of a manual transmission is to have manual control.

What’s your take on this?