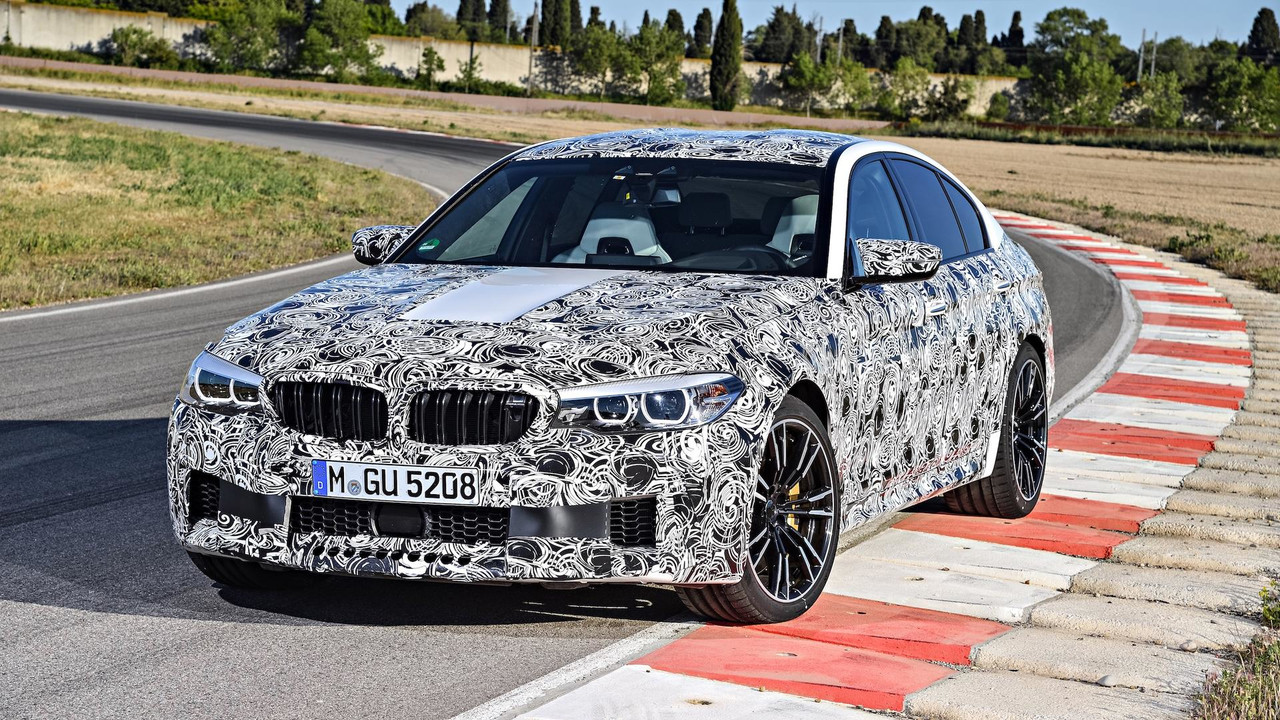 Details continue to suggest that the super sedan has 600 hp from a 4.4-liter biturbo V8.

The next-generation BMW M5 will debut during the week of August 21, according to anonymous sources speaking to BMW Blog. The date will put the unveiling just a few days before the start of the Frankfurt Motor Show when the public will get the first chance to see the new super sedan.

BMW already released a significant amount of information about the next-gen M5. We know that it uses a 4.4-liter biturbo V8, and BMW Blog’s sources continue to think that the mill produces 600 horsepower (441 kilowatts) and 516 pound-feet (700 Newton-meters) of torque. A version of the company’s xDrive all-wheel-drive system can operate in a fully rear-drive mode that still allows for drivers to have fun by sliding the tail. Plus, the setup still allows the four-door to reach 62 miles per hour (100 kilometers per hour) in around 3.5 seconds.

Spy shots already give us a great idea of what to expect from the new M5’s design. The fenders bulge slightly, and there’s a broad lower fascia. A double-bubble, carbon-fiber roof cuts weight, and carbon-ceramic brakes haul down the sedan. At the rear, a pair of circular exhaust tips poke out on each side.

The M5’s cabin is a bit more mysterious. It’s safe to expect the standard 5 Series forming the basis for the design, but look for BMW to install heavily bolstered seats and a thick-rimming steering wheel. A sporty revisions to the digital instrument cluster would include a 205-mph (330-kph) speedometer.

While the reveal is just a few weeks away, buyers might have a long wait to take delivery. A user on the Bimmer Post forum recently reported reserving a new M5, and the dealer told the person that the sedan wouldn’t arrive until April 2018.