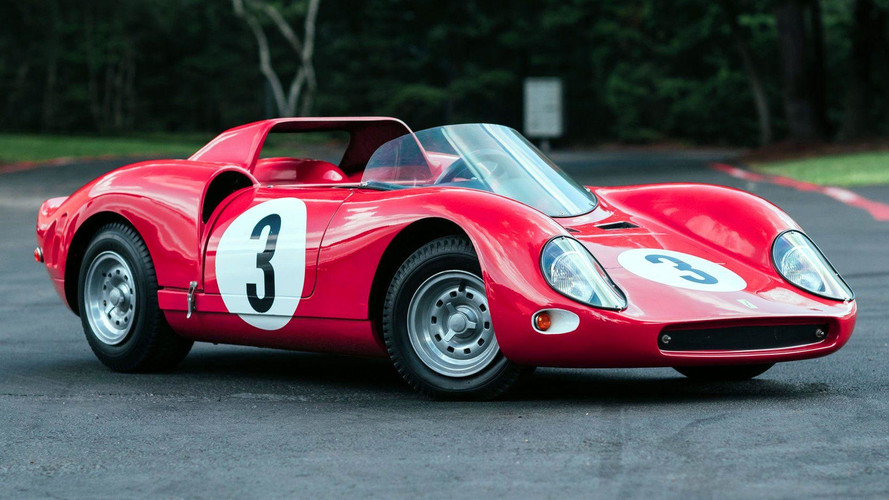 Some of these little replicas sold for as much as or more than a new Honda Civic.

UPDATE: The auctions have closed on these delectable go karts, with all but one finding new owners. Scroll down to see the results for each mini-racer.

In just about a week, the Monterey auctions will kick off at the annual Pebble Beach Concours. Iconic classics from Ferrari, Aston Martin, and Maserati promise to bring in some serious cash. If you're not willing (or able) to dish out seven figures for a desirable classic, you might want to try opting for these miniature versions instead.

Available through Mecum, these four replica go karts might actually be cooler than the cars they were made to represent. A Ferrari 330 P2 Le Mans replica, a 1956 'Baby Ferrari' Bimbo Racer, a Mercedes-Benz 300SLR, and a 1961 E-Type Junior will all be available. Each of them mimic a classic, and come with a unique history all their own.

The first is a handsome 1969 Ferrari 330 P2 Le Mans replica. It wears the appropriate Rosso Corsa red finish, with number roundels located on the doors panels and hood. The two-third scale model was built by De La Chapelle, and features a steel chassis with fiberglass bodywork. A 2.5-horsepower Honda engine under the hood allows it a top speed of 25 miles per hour (40 kilometers per hour). Estimates suggest this one could go for anywhere from $35,000 to $40,000.

Next up is a 1956 'Baby Ferrari' Bimbo Racer that was originally owned by business exec E.L. Cord. Hand built by S.I.L.A. in Torino, Italy, and designed by Giovanni Michelotti, the kart comes with its original 12V electrical powertrain and controls, fiberglass bodywork with period-correct red paint, Pirelli tires, wheels and hubcaps, and the leather interior. Estimates suggest it could go for anywhere from $20,000 to $30,000.

UPDATE: The bid goes on for the Bimbo Racer, which maxed out at $15,000 which didn't meet the reserve.

Shifting focus from Italy to Germany, this handsome Mercedes-Benz 300SLR go kart was hand-built in the U.K., and pairs a steel chassis with a two-stroke 50cc engine. The cabin is finished in hand-stitched leather and cloth interior, and includes a four-spoke aluminum steering wheel. The exterior, meanwhile, is finished in Mercedes silver, paired with 12-inch steel wheels, pneumatic tires, and the number '722' emblazoned on the door panel.

The final offering, and arguably the most handsome of the bunch, is this 1961 Jaguar E-Type replica go kart. The exterior is finished in a classic beige paint, and pairs with a lovely red interior and wood-trimmed steering wheel. This particular example is gas powered, and even comes with working headlights. Estimates have it going anywhere from $10,000 to $15,000.

Whichever one of these lovable go karts you do decide to take home, the Mecum Monterey auction will kick off on Wednesday, August 16th, and run until Saturday, August 19th.