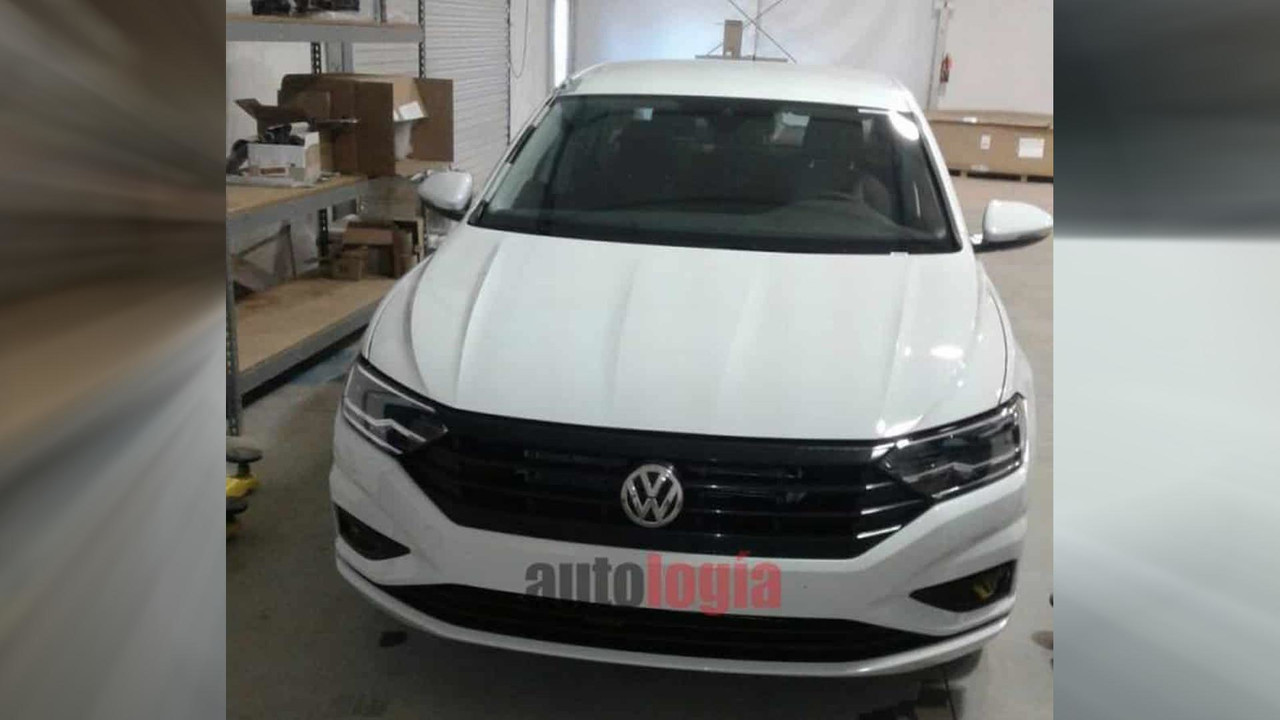 It moves to the MQB platform.

Take a good look at a completely undisguised prototype of the next-generation Volkswagen Jetta. These shots come from the Mexico’s Autologia, and the complete lack of concealment suggests that the vehicle is at a VW of Mexico facility.

The design is more angular than the current Jetta’s more rounded shape. In front there’s a hexagonal grille with sharp points at each end with matching cues for the foglights and fascia. Pointy edges on the headlights continue the harder-edged look. The prominent creases in the hood take notes from the larger Arteon sedan. Fairly skinny A-pillars indicate that the new Jetta could have good forward visibility.

In profile, the four-door features a sweeping roof line and prominent crease down the shoulder. The rear looks fairly staid by lacking any major styling flourishes. However, the taillights pick up the front’s angular appearance.

The seventh-generation Jetta moves to the MQB platform for front-wheel drive vehicles, and production of examples for North America would continue to take place at VW’s Puebla, Mexico, factory. Expect the wheelbase grow to around 106.3 inches (2.7 meters) from the current 104.4 inches (2.651 meters). Powertrain changes remain a mystery at the moment.

The Jetta is Volkswagen’s best-selling product in the United States with 66,549 deliveries from January through July 2017. As such a strong performer in America, the Los Angeles Auto Show in November is the most likely spot for a debut of the new Jetta. Sales would begin in 2018.

The Puebla factory will also send the Jetta to Brazil. According to our partners at Motor1 Brazil, the version there would likely be available with a turbocharged 1.5-liter four-cylinder and turbo 2.0-liter. It might gain an eight-speed automatic, too. Deliveries there would begin in mid 2018 after VW begins selling them in the U.S.