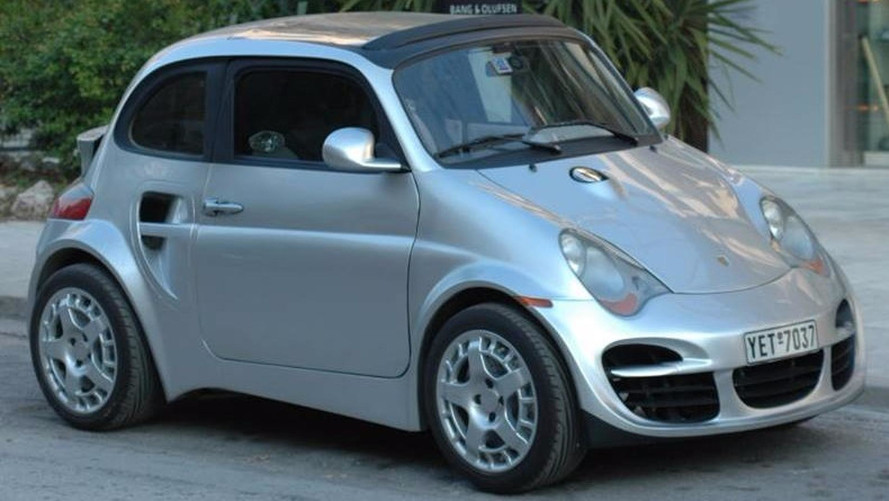 Whichever side of the fence you're on, this Fiat 500 is a real showstopper.

This magnificent project is apparently the result of someone in Greece with too much time on their hands. Given the state of the country's economy over the last few years, the price of a brand new Porsche 911 would probably get you the country's national bank.

While Porsche is exploring the limits of taste with its range of supersized sporting SUVs, the German manufacturer has yet to dip a toe in the small car waters, unlike its more premium competitor Aston Martin, which brought us the Toyota iQ-based Cygnet back in 2012.

The Fiat 500 base car is a decent choice, given that both it and the Porsche 911 have engines mounted in the back of the car, but in many ways any of the similarities end there.

You might also imagine that the creator of this entrancing automotive drag act might have picked a better end product than the visually challenging 1998-2004 996 model of 911, but looking at what they've done, such discussions are probably moot.

At any rate, feast your eyes on this vehicular delight – we can't seem to tear ours away.

Source: How Not to Design a Car Facebook page