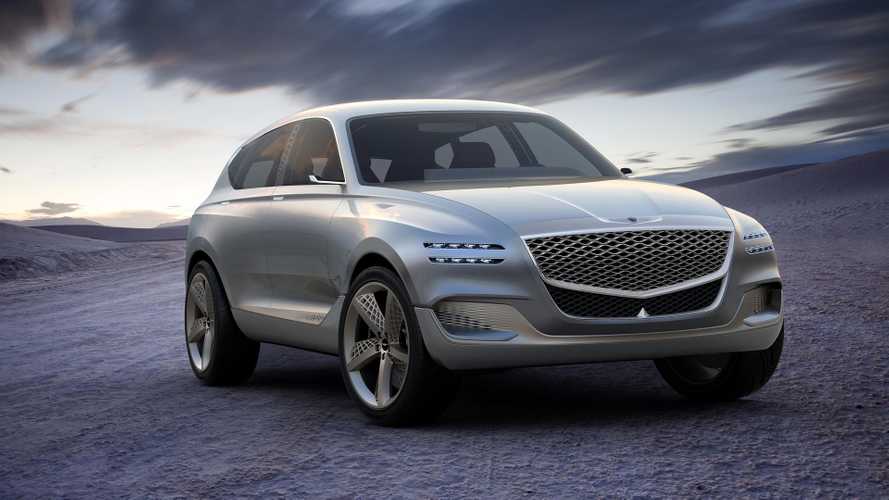 Could be called the GV60.

Genesis’ current lineup consists of two sedans, the G90 and G80, which will very soon be joined by the smaller G70, at least one coupe, and a two-model SUV lineup. According to a new report, a third compact crossover is also currently being considered, but if it receives the green light, it won’t arrive at dealerships before 2021.

Why so late? Because Genesis bosses believe the company has more important things to do first – like making the brand more recognizable to customers.

"We still have a lack of awareness," brand boss Manfred Fitzgerald commented. "There are still many other white spots on the map. To get substance into your brand, you have to demonstrate the breadth of the brand."

The mystery third SUV from the South Korean luxury marque was confirmed during a reporters visit to the Hyundai Motor Group's global R&D center, where journalists were shown a new product pipeline. No further details were revealed, apart from the fact that it is going to be positioned below the already planned GV80 fullsize and GV70 midsize SUVs.

Genesis already registered the GV60, GV70 and GV80 names with the United States Patent and Trademark Office. Apparently, the “G” comes from the marque’s name, the “V” is for the extra versatility of these vehicles, and the number is showing the car’s segment with the higher the number the higher the vehicle’s positioning. If we follow this designation, the brand’s third crossover should be called the GV60.

In 2021, Genesis will also launch a brand new generation of the G90 sedan and a new “sport” model. At about the same time, a dedicated electric vehicle platform will also debut. But before all that, the marque will introduce the G70 sedan, expected to arrive before the year’s end and to go on sale in early 2018.