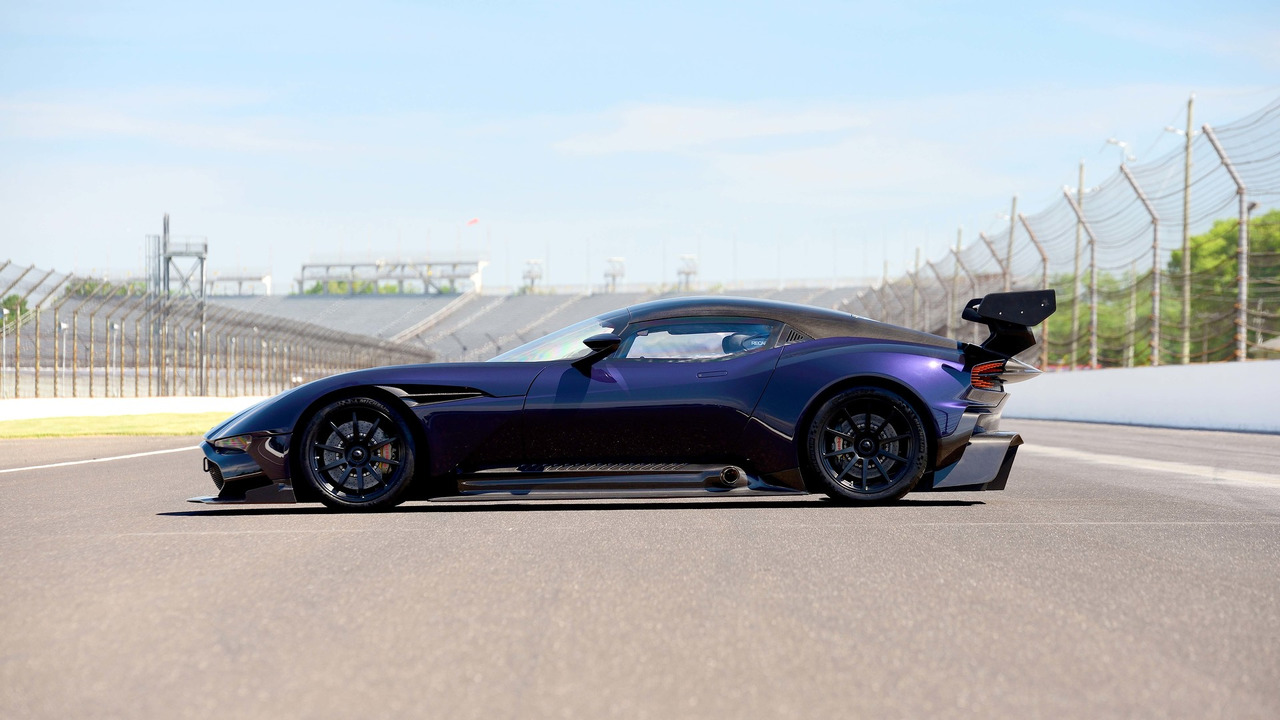 One of the only three U.S.-spec cars ever made failed to sell.

UPDATE: For the second time at Monterey, the purple Vulcan failed to sell. It crossed the block Saturday afternoon but reached just $1.8M, falling well short of the minimum $2.3M estimate.

Mecum Auctions had this purple Aston Martin Vulcan up for grabs a year ago during its Monterey sale and it estimated the track-only beast would fetch anywhere between $2.3 to $3.3 million. However, the 820-horsepower race car failed to sell and it’s now heading to the auction block once again. What’s interesting about the new listing is the auction house has considerably lowered the maximum estimate by $600,000 to $2.7M while the minimum estimate has remained unchanged.

As a refresher, Aston Martin made only 24 units of the Vulcan and just three of them were built for the U.S. market. This is a third of the American trinity and the only one to be painted in Midnight Purple. It has barely been used considering it has done fewer than 100 miles (161 kilometers) on the circuit. It’s the car number 11 built by the talented folks from Gaydon and is powered by a mighty V12 7.0-liter engine.

It’s a rare breed not just because of the limited production run, but also because it’s rocking a naturally aspirated engine whereas virtually all of today’s hypercars are turbocharged and/or hybridized. There are three engine outputs to choose from and the power transfer to the road is done through a six-speed sequential gearbox.

Should you have the means to buy one of the most extreme cars that Aston Martin has ever made, Mecum Auctions will try and sell it during the Monterey event scheduled to be organized between August 16 and 19.

As a final note, let’s not forget AM has found a way to make the Vulcan even more intense by developing the AMR Pro package. While it doesn’t bring more power, it does take the wild race car to unprecedented levels of aerodynamic efficiency and boasts a livelier acceleration thanks to shorter gear ratios. All 24 Vulcans can be fitted with this optional package, which also reduces weight by 5 kilograms (11 pounds) thanks to a lighter carbon fiber engine cover.