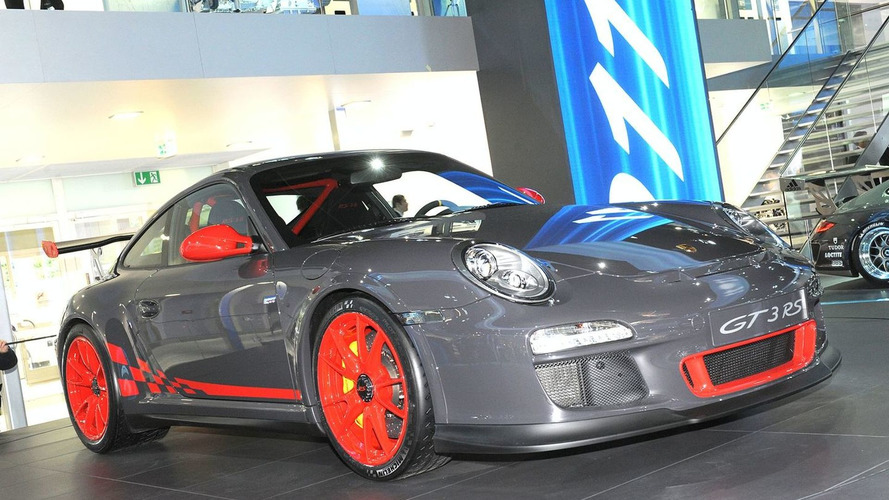 We have live photos of the Porsche 911 GT3 RS on display in Frankfurt, with a roundup of the car's pricing and specs.

With the new engine, and the six-speed short-throw manual transmission, the new GT3 RS hits 100 km/h in about four seconds, on its way to a 314 km/h top speed.  Don't even think about getting this car with an automatic transmission, because the option is not available.

What you can get is an optional lithium-ion battery to replace the standard lead battery.  That shaves 10 kilos off the vehicle's weight.  Considering the use of carbon fiber at various points, like the seats and rear wing, it might be worth cutting the weight even further.

And don't let the photos fool you; although the color scheme looks gray and orange, it is really a bright red tone that is used for accenting