Subaru Impreza 22B Faces Off Against Mitsubishi Lancer Evolution

Americans missed out by never getting either of these special rally-inspired machines.

Looking back, the late 1990s were a great time for rallying because of a wide variety of manufacturers at the top of the sport and fantastic drivers like Colin McCrae, Richard Burns, and Tommi Makkinen behind the wheel. These times also spawned some fantastic machines for the road like the Subaru 22B STI and Mitsubishi Lancer Evolution 6.5 Tommi Mäkinen. A new video lets us watch these seldom seen rally specials on the road.

Subaru built just 424 total units of the 22b in 1998, including 400 for Japan, 16 for the United Kingdom, 5 for Australia, and 3 prototypes. The gentleman’s agreement among Japanese automakers at the time meant that Subie quoted the 2.2-liter turbocharged four-cylinder at 276 horsepower (206 kilowatts), but the actual figure was certainly higher. The two-door Impreza donated the 22b’s basic shell, but the STI team fitted performance parts like bulging fenders, a big rear wing, and vented aluminum hood. 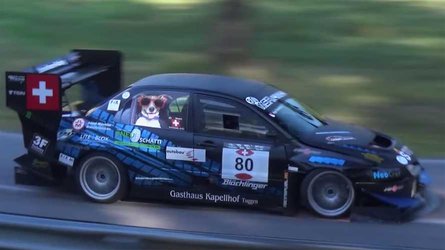 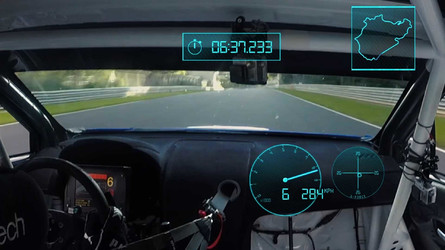 The 22b’s low production numbers and Subaru’s dedicated fan base mean that prices for the limited-run model are edging towards the six-figure mark. The 25-year importation rule opens the vehicle up to come into the United States in 2023, and the rare Subie’s value could go through the roof at that point.

Mitsubishi had its own rally-inspired special editions, and the Tommi Mäkinen took its name from the team’s championship-winning driver. The 2.0-liter turbocharged four-cylinder also allegedly produced 276 hp, but the version’s quick-spooling titanium turbo probably meant more output was actually available. A lower ride height and front bumper like the piece on the rally car completed the meaner look.

Either one of these models would be a joy to earn, but the 22b’s rarity makes it seem just a little more special. If you want the modern equivalent, be sure to reserve one of Subie’s 500 units of the STI Type RA that come to the United States in early 2018.