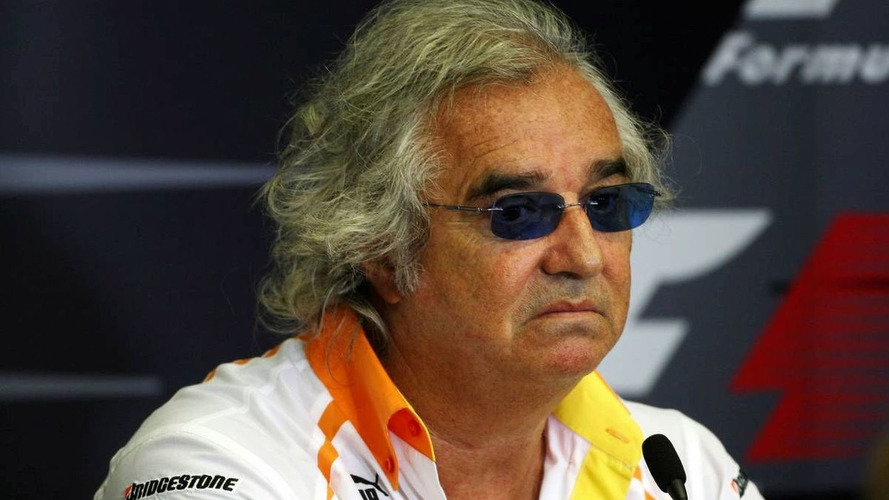 The French carmaker Renault has reportedly offered to replace the boss of its formula one team, Flavio Briatore.

The French carmaker Renault has reportedly offered to replace the boss of its formula one team, Flavio Briatore.

The offer, made to the sport's governing body ahead of the 21 September hearing into the 'crash-gate' affair, was interpreted by the Spanish newspaper AS as being a move to appease the World Motor Sport Council.

Evidence about the case that has leaked to the press does not bode well for Renault, whose bosses Briatore and Pat Symonds are accused by sacked driver Nelson Piquet of ordering him to crash deliberately in Singapore a year ago.

Diario AS said Renault has offered to oust Briatore in favour of Frederic Vasseur, a boss of the GP2 team ART. Fascinatingly, Vasseur is in business with Nicolas Todt, the son of the FIA presidential candidate Jean.

Another rumoured potential replacement for Briatore is Alain Prost, and the four time world champion said at Monza: "I only know that there is a rumour, we'll see what happens."

There are other strong signs that Briatore is set to bear the brunt of the blame for the alleged order to crash.

Britain's Times newspaper reveals that, like Piquet Jr, the team's engineering director Pat Symonds has also been offered immunity if he cooperates fully with the FIA.

Symonds hinted strongly in his recent interview with FIA stewards and Quest investigators that he knows much more about the affair. He told them at the time that he did not want to answer incriminating questions because he preferred to "reserve" his position.

One assumption would be that Symonds is prepared to talk only under the cover of immunity.

The newspaper also said the investigators believe Piquet's claims are "reasonable, on balance". And Max Mosley told the Guardian: "Certainly the data from the car indicated that something very unusual had happened on the corner where he crashed."

The FIA president also agreed that "it would" be very unusual if Piquet and his famous father are risking jail sentences by criminally perjuring themselves about the events at F1's inaugural night race.

Transcripts of Renault's radio traffic in Singapore has also come to light, depicting Briatore reacting stridently to the news that Piquet, 23, had crashed.