Toyota And Mazda Team Up To Build U.S. Plant [UPDATED] 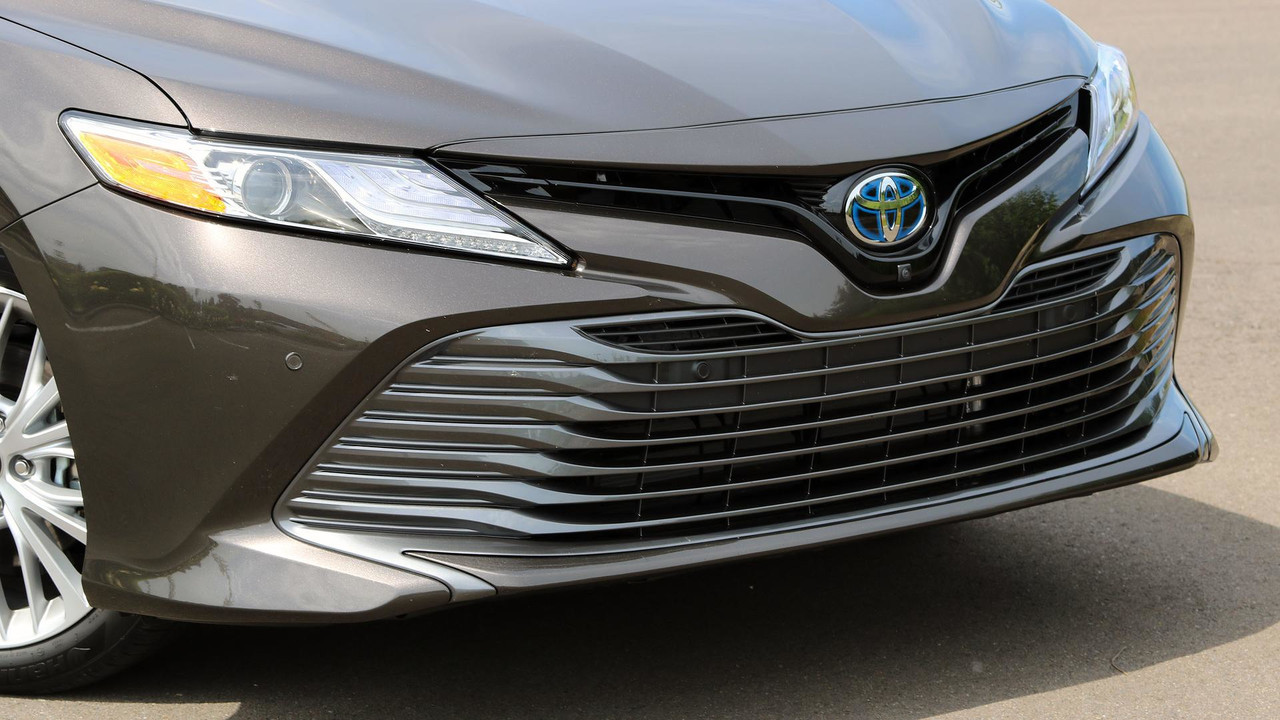 [Update] Toyota and Mazda have confirmed the joint venture to build vehicles in the U.S. at a new $1.6 billion plant where 4,000 jobs will be created and up to 300,000 cars will be made annually. Mazda will make crossovers to cater the North American market while Toyota will produce the Corolla for the same region. The plant will be operational beginning with 2021.

In addition, the two will work on technologies tailored to EVs and will also combine their efforts to develop advanced safety systems. Moreover, Toyota will supply a commercial two-box van to Mazda in Japan. The two will analyze the prospects of sharing more models.

Lastly, Toyota will acquire a 5.05% share in Mazda while the Zoom-Zoom company will get a 0.25% stake in Toyota.

The press release has been attached below.

In May 2015, Toyota and Mazda inked a deal to establish what was then called a “mutually beneficial long-term partnership” as a result of sharing technologies and through joint manufacturing. Fast forward to present day, Japan’s Nikkei is reporting the two companies have reached an agreement for a new factory in the United States and also to work on electric vehicles.

Toyota is expected to take a 5% share in Mazda to build the factory where up to 300,000 vehicles are going to be made each year. The 50-50 joint venture is expected to focus on building SUVs at the new plant, which will likely to be located somewhere in the southern part of the U.S.

Another source familiar with the matter cited by Reuters says the factory will require an investment of $1.6 billion and will be operational in 2021. Approximately 4,000 people are going to be employed at the plant and besides manufacturing an unspecified Mazda SUV, the factory will also build the next-generation Toyota Corolla pictured below.

Speaking of the world’s best-selling car, it should be mentioned Toyota originally announced plans for a new factory in Mexico to build the compact sedan back in 2015. Work on the plant has commenced and it’s set to be located in the Bajio region where Toyota is already making pickup trucks at another assembly facility. The new one will be operational in 2019. It remains to be seen whether the imminent announcement about the U.S. factory will have a direct impact on the Mexican plant where 2,000 workers will be hired.

Details about the tie-up between Toyota and Mazda regarding electrification are not available at this point, but presumably the two will jointly develop technologies and share them to drive down R&D costs and speed up the process.

An official announcement could be made later today, so stay tuned for more details.

Today's agreement is a testament to the positive result of two years of collaborative and deliberate discussions between the two companies, and it is a milestone in the journey to further strengthen and accelerate the partnership in a sustainable way.

In addition, together with the aim of advancing and strengthening their long-term collaboration, Toyota and Mazda agreed to a capital alliance arrangement that preserves independence and equality for both companies. In the capital tie-up, the two companies have agreed that Toyota will subscribe for and acquire shares to be newly issued by Mazda through a third-party allotment, and at the same time Mazda will subscribe for and acquire third-party allocation shares of treasury stock disposed of by Toyota in the equivalent amount in value to the Mazda shares. The value of the shares mutually acquired by both companies will be equivalent.

Marking the agreement, Toyota President Akio Toyoda said: "The greatest fruit of our partnership with Mazda is that we have found a new partner who truly loves cars. It has also sparked Toyota's competitive spirit, increasing our sense of not wanting to be bested by Mazda. This is a partnership in which those who are passionate about cars will work together to make ever-better cars. It is also the realization of our desire to never let cars become commodities."

Representing Mazda, President and CEO Masamichi Kogai said: "Nothing would please me more than if, through this alliance, we can help to energize the auto industry and create more car fans by bringing together two competitive spirits to spur each other on, leading to innovations and fostering talent and leaders."

The auto industry increasingly faces great challenges, including stricter environmental and safety regulations for new vehicles and the entrance of competitors from other industries, as well as the diversification of mobility-related businesses. With the future of the industry in mind, in addition to leveraging their individual strengths to further improve technologies and reinforce their business foundations, Toyota and Mazda aim to deepen collaboration and achieve sustainable growth through their partnership, rising to face and overcome these pressing challenges.

On May 13, 2015, Toyota and Mazda entered an agreement to build a continuous partnership that would mutually benefit the companies in such forms as leveraging the resources of both companies and complementing each other's products and technologies toward the goal of making more-appealing cars. Since then, both companies have discussed various areas to explore, based on the principle of building an equal and favorable relationship in the long term.

Over the medium- to long-term, the two companies will build a favorable relationship that respects the autonomy and equality of each party and works toward success with the agreed joint projects. With the aim of creating new types of value for future mobility, they will accelerate and enhance bilateral cooperation as long-term partners and contribute to the development of a sustainable society by exceeding customers' expectations.

Details of the agreement on business alliance

As part of the new alliance, Toyota and Mazda have agreed to explore establishing a joint venture plant in the U.S. with equal funding contributions. The plant would have an estimated annual production capacity of approximately 300,000 units. Pending approvals and authorization by relevant government agencies, the companies will begin to examine detailed plans with the goal to starting operations of the new plant in 2021. The plant will require a total investment of approximately 1.6 billion U.S. dollars, and will create up to 4,000 jobs. In addition to the collaboration in product and technology areas that the companies have enjoyed thus far, Toyota and Mazda intend to improve competitiveness in manufacturing through this new production collaboration.

By producing vehicles in the U.S., Mazda aims to build a production structure to further grow in North America. These activities will allow the company to more quickly respond to its customers' needs depending on the region and model.

By further increasing its production capacity in the U.S., Toyota is to further pursue management that is closer to the region, as a measure to improve its response to the growing North American market. At Toyota's new plant in Guanajuato, Mexico, which is currently under construction, Toyota plans to produce the Tacoma, instead of the Corolla. There will be no substantial impact on Toyota's investment and employment plan there.

With increasing demand and expectations for electric vehicles worldwide, Toyota and Mazda are to explore joint development of technologies for the basic structure of competitive electric vehicles, mobilizing and exchanging expertise freely and actively. These technologies will allow the companies to respond quickly to regulations and market trends in each country. Specific details of the collaboration will be determined as the companies work together going forward.

Toyota and Mazda will work together to jointly develop technologies for onboard multimedia infotainment systems in preparation for increased use of in-car information technologies and the increasing demand for connected technologies. In addition, Toyota will cooperate with Mazda in Toyota's vehicle-to-vehicle (V2V) and vehicle-to-infrastructure (V2I) technologies with the ultimate goal of creating a mobile society devoid of accidents.

Currently, Mazda is supplying a compact sedan to Toyota in North America. In addition, Toyota is to supply a compact commercial "two-box" van to Mazda in Japan. Beyond this, the companies will further explore the possibilities of other complementary products on a global level.

Details of the capital alliance

Based on the agreement, the companies will aim to develop sustainable collaboration, maximizing the synergies of the business and capital alliance by mutually acquiring shares as stated below.

Toyota will acquire 31,928,500 shares of common stock newly issued by Mazda through a third-party allotment (shareholding ratio of 5.05% on an issued share basis after the capital increase; total value of 50 billion yen).

Mazda will, through a disposition of treasury stock through a third-party allotment to be implemented by Toyota, acquire Toyota shares that are equivalent in value to the Mazda shares (shareholding ratio of 0.25% on an issued share basis).

Both companies are to consider strengthening their capital alliance further, in line with the progress of their business alliance.