It's expected to debut at the LA Auto Show in December.

We’ve seen plenty of spy shots featuring the next four-door Jeep Wrangler, but lest we forget this iconic machine originated with just two doors that most people would remove anyway. Here we finally get a decent look at the forthcoming shorter Wrangler, and to nobody’s surprise it looks much like the bigger model, albeit with a shorter wheelbase and only a pair of doors. 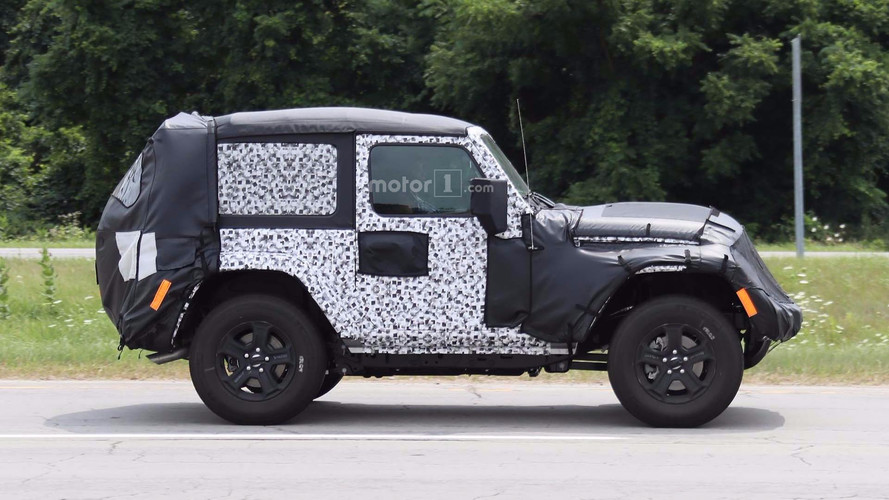 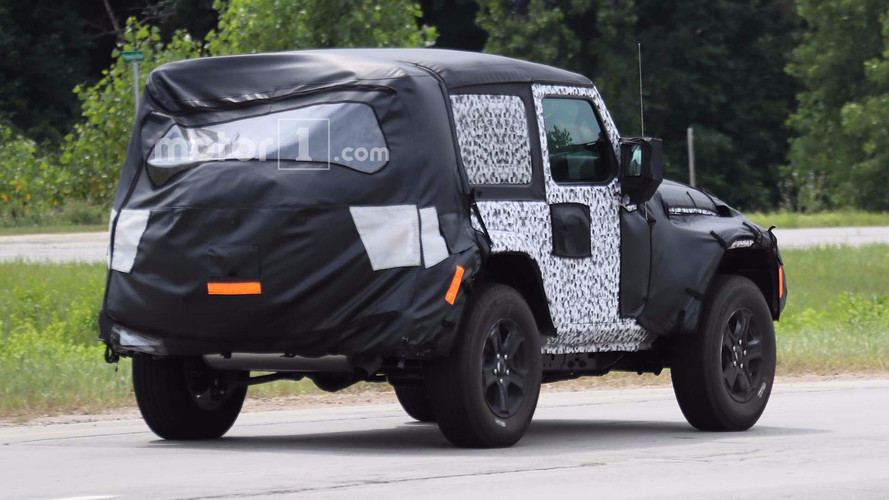 The front and rear clips are still obscured under heavy camo, but it’s safe to say that styling for the two-door won’t be much different from the current model. We can discern a fixed windshield and a slightly longer nose, and we’re fairly certain we can still see the Jeep’s trademark exterior hood latches still near the front of the fenders.

The big question people will be asking on this model, however, is whether or not it will still be a nimble and durable off-roader. That’s because rumors are suggesting the Wrangler will get a significant infusion of aluminum to save weight, though the body is still expected to be mostly steel. There are also talks of a possible hybrid version in the works, which would of course add weight. Other engines are expected to be a new 2.0-liter turbocharged four-pot for better fuel economy, with a V6 and eight-speed automatic serving as the mainstream option. There’s also talk of a 3.0-liter turbodiesel for both North America and global markets.

The aluminum construction, turbocharged four-cylinder, and hybrid talk are certainly signs of the times, but Jeep officials are steadfast in saying the new Wrangler will be a better-than-ever off-roader when it comes to market. Currently, that’s expected to take place sometime next year after a likely reveal at the 2017 Los Angeles Auto Show this December.

13 Photos
Photo by: Automedia
By: Christopher Smith
++
++
Got a tip for us? Email: tips@motor1.com