Awhile back we nabbed some video of the forthcoming four-door version of the Mercedes-AMG GT. Now we have a new batch of spy shots showing a bit more detail, particularly up front where we can now clearly see the trademark AMG GT grille. What’s also interesting here is that we’re seeing two different cars, each with a slightly different set of exhaust pipes exiting the rear. Are engineers simply testing various exhaust setups, or could this mean there will be multiple performance variants in the lineup? 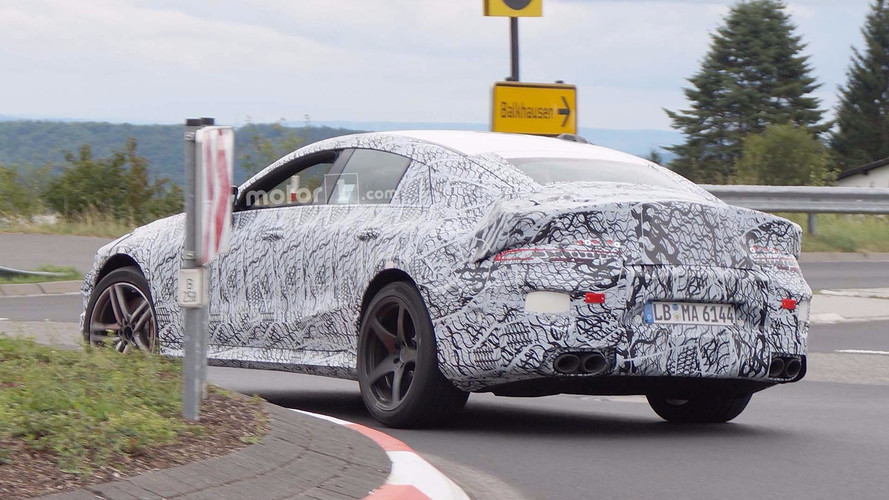 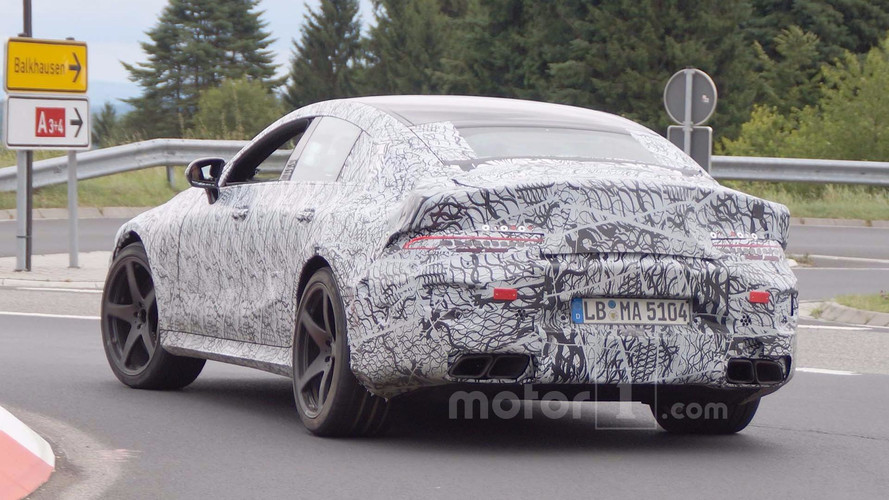 Inside sources tell us the four-door GT will in fact have a bonkers hybrid powertrain setup similar to the GT concept we saw earlier this year at the Geneva Motor Show. That system will include a 4.0-liter biturbo V8 and an electric motor to generate a combined 805 horsepower. The system is called EQ Power +, a name borrowed from the automaker’s Formula One team and trademarked earlier this year for future electric car endeavors.

Such an arrangement would give this four-door the kind of acceleration and speed you’d expect to find in a hypercar. Runs to 60 miles per hour should happen in under three seconds, and because it’s a hybrid, there will surely be an all-electric mode for greener motoring. The battery is constantly charged while the car is driven, so maximum power is always available.

There’s still some question as to whether the four-door GT will actually be a five-door to compete with the Porsche Panamera and Audi RS5 Sportback. The sloping roof line certainly suggests there’s a hatch in place of a normal trunk, and that could also mean a lower-cost non-hybrid version might be available to offer competition on multiple levels.

We’re expecting to get full disclosure on the AMG GT four-door later this year or possibly early next year, with a launch date later in 2018.

5 Photos
Photo by: Automedia
By: Christopher Smith
++
++
Got a tip for us? Email: tips@motor1.com