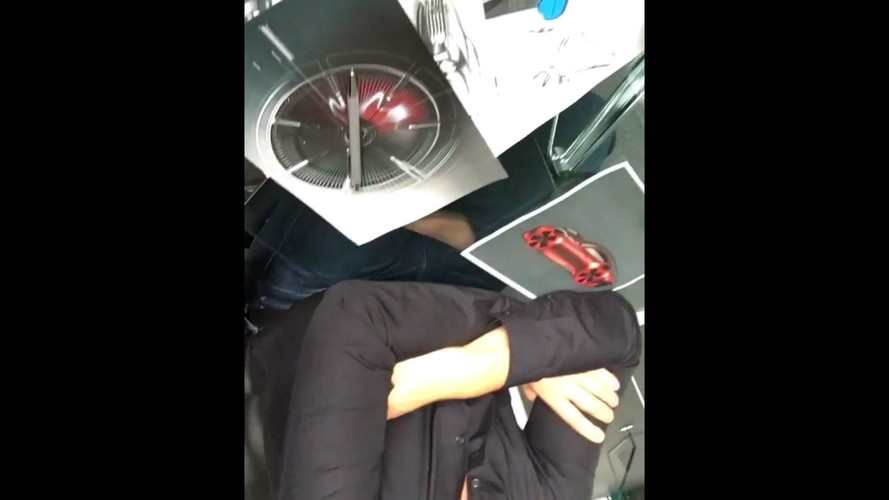 Appears to be a two-seater coupe with extremely short overhangs and a bulging hood.

Mercedes is using Instagram to kick off a teaser campaign for a new mysterious showcar it will unveil at the Pebble Beach Concours d’Elegance later this month. In the short clip filmed in Sindelfingen, Germany at the company’s Advanced Design Center, chief designer Gorden Wagener and two of his colleagues talk briefly about the new “icon” for the brand, but without revealing any significant details.

We only know that it’s going to be “beautiful” and it will look quite different than the 2015 IAA concept shown in one of the sketches. But why would they have the sketch in the first place if the showcar is not going to look like it? Anyway, we also get to see a preview of the wheel design, but by far the most interesting part of the video is when the camera is pointed towards the sketch located on the right side of the table.

It appears to be a red-hot coupe with a heavily sloped roofline and riding on oversized wheels like it’s the case with most car sketches, regardless of body style. The front and rear overhangs are very short while up front seems to be a bulging hood. Its striking red paint makes us think of the Vision Mercedes-Maybach 6 concept introduced at last year’s Pebble Beach and shown in the attached clip as a scale model.

However, this new coupe is considerably smaller and has a shorter hood. By the looks of it, we’re dealing with a sports car rather than a posh Maybach concept, so it might be branded as an AMG. Since Mercedes clearly specifies it will be a “showcar,” it means there aren’t any plans to put it in production. The four-door GT concept unveiled in Geneva back in March also had a similar red shade and a raked roofline, so there might be a connection between the two.

We won’t have to wait too long to find out as the premiere will take place in the following weeks.