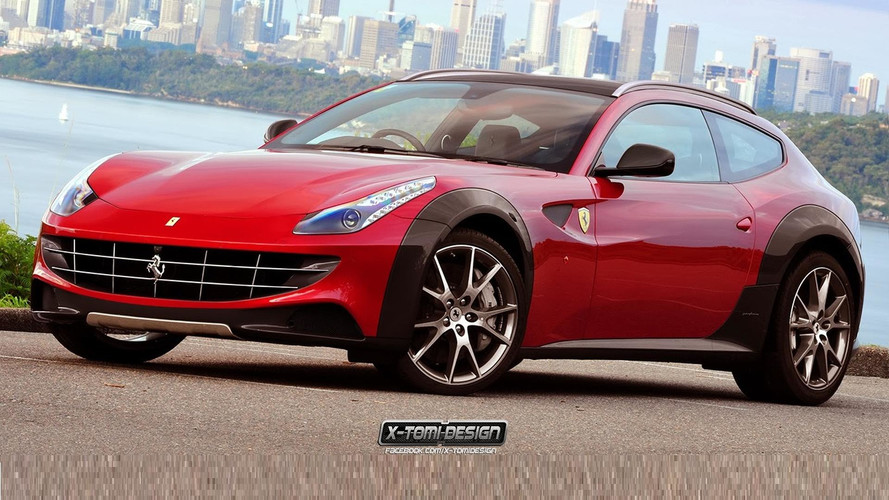 But it won't be able to climb rocks.

Introduced in March 2011 at the Geneva Motor Show, the Ferrari FF was a grand tourer with four-wheel drive and four seats, hence its moniker. But the model designed by Pininfarina (and replaced since then by the GTC4Lusso) almost turned out to be a crossover. Pictured below, the F151 styled by Giugiaro was ultimately rejected by Ferrari’s head honchos as the folks from Maranello decided to go with the FF.

While the F151 never made it as a production model, the idea of a more family-oriented Ferrari is making headlines once again. The don’t-call-it-an-SUV model would be offered to “the selected few,” should it get the stamp of approval. There’s a good chance it will as company CEO, Sergio Marchionne, revealed in a conference call with analysts “it will probably happen.” He went on to specify such a model – currently described as being a utility vehicle - would have “Ferrari style” (obviously!) and would be on a par with everything else the prancing horse has done in its illustrious past.

"That space is too big and too inviting and we have a lot of our customers who will be more than willing to drive a Ferrari-branded vehicle that has that king of utilitarian objective.”

The man in charge at Maranello specified the high-riding model wouldn’t be able to climb rocks, which is not really that big of a deal considering it’s hard to imagine someone deciding to go off road in a Ferrari. It’s the same story with the Bentley Bentayga and we’re not expecting Lamborghini Urus owners to drive the high-powered SUV on anything else but tarmac.

Celebrating its 70th anniversary this year, Ferrari will present in early 2018 a new strategy concerning its product roadmap until 2022. Marchionne hinted about an expansion beyond cars, so sooner or later there might be a taller model in the lineup. After all, it already has a codenamed – F16X – and has what it takes to help the company more than double its profits by 2022, according a recent Bloomberg report. It is believed the model in question will ride on the same platform as the GTC4Lusso successor and will feature a hybridized V8 powertrain linked to an all-wheel-drive system.

Remember the days when Sergio Marchionne used to say “you have to shoot me first” when inquired about the prospects of a Ferrari SUV? Those days seem to be long gone now. It’s not that big of a shock considering pretty soon we will have the Urus while Rolls-Royce is gearing up to introduce the Cullinan. Much like Ferrari, RR doesn’t like call it an SUV as it prefers to describe it as an “all-terrain, high-sided vehicle.”