See How NFL Players Arrive At Training Camp In Style 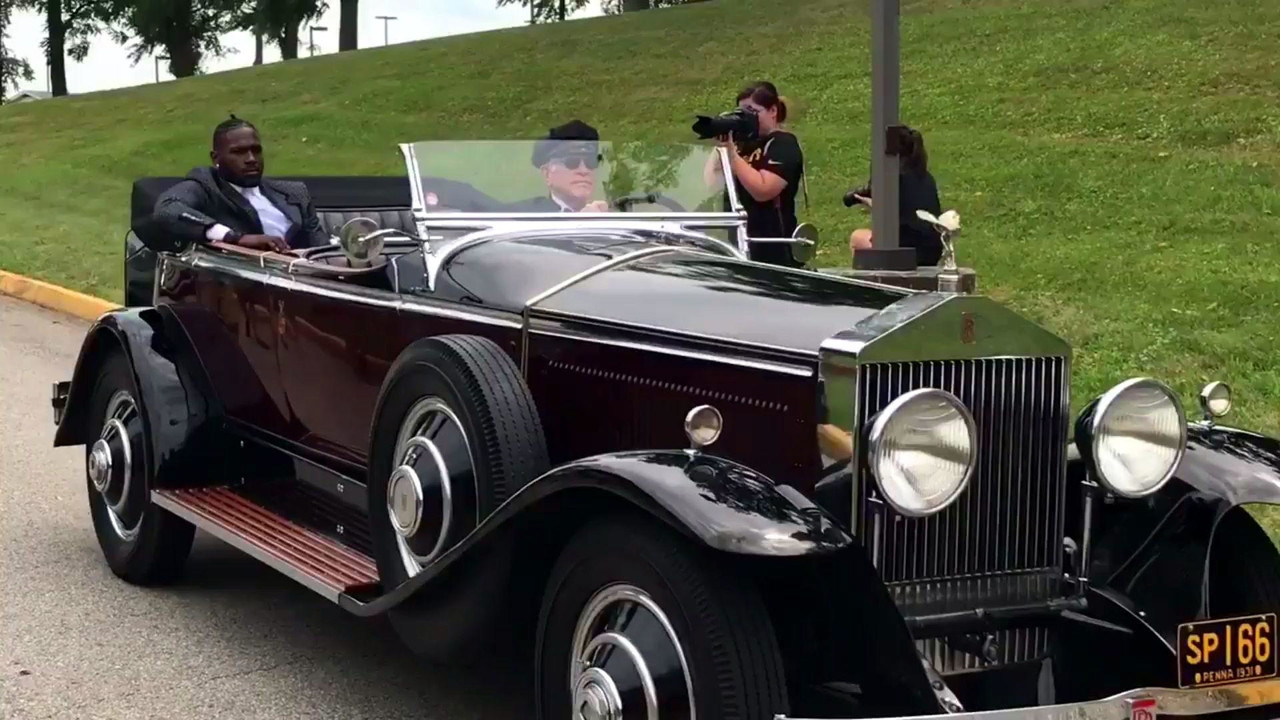 Which is the weirder choice: one guy on a bicycle-built-for-two or a fire engine with the siren on?

Players in the National Football League have started arriving to their respective teams’ training camps to prepare for the upcoming season, and many of these guys arrived in style. ESPN was able to catch several of them.

More Stories About NFL Players And Their Cars:

The flashiest appearance came from Pittsburgh Steelers wide receiver Antonio Brown who rode in the back of a vintage Rolls-Royce convertible with a chauffeured driver. Brown has been a Rolls fans for a while. In 2016, he commissioned a custom galactic-themed wrap for his Wraith.

Pittsburgh Steelers linebacker James Harrison showed up in a very different kind of flashy ride. He rolled into training camp in a fire truck, complete with blaring siren (caution the sound in the video below is fairly loud).

Two players for the Chicago Bears came to camp in vastly different vehicles. On one extreme Eric Kush, a center on the team, pedaled there with a bicycle-built-for-two. Oddly, he was alone.

Conversely, punter Pat O'Donnell showed up with a McLaren 570S.

While it's not as environmentally friendly as a bicycle, some NFL players like green vehicles. For example, Los Angeles Rams outside linebacker Connor Alfred Barwin has a Tesla Model X.

Carolina Panthers linebacker Thomas Davis showed up with a custom side-by-side with a paint job that takes inspiration from his team. You can check out a video of it on ESPN, along with the vehicles of several more football players. They include a University of Oregon Ducks-inspired Audi and dragon-themed Ford F-150 Raptor. Plus, one rookie had his mom drop him off, which is an easy way to save money early in his career.