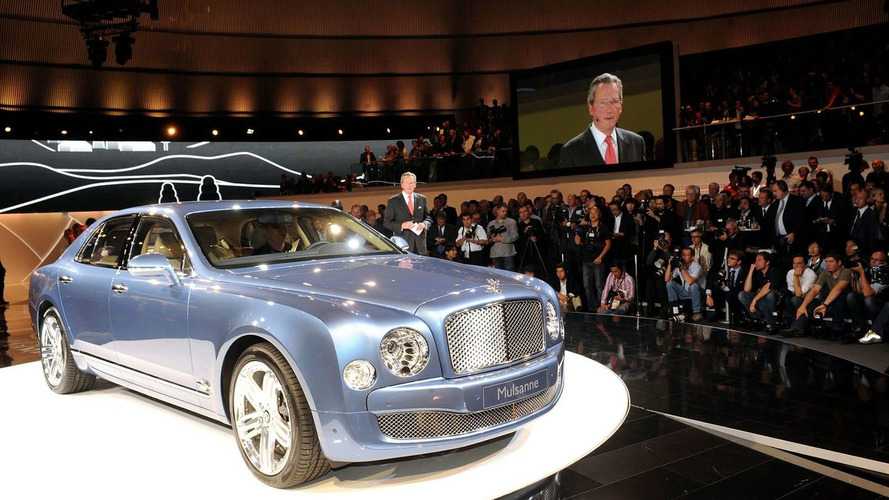 Following its unveiling at the Pebble Beach Concours d'Elegance, the Bentley Mulsanne made its European debut in Frankfurt.

While Bentley declined to release specifications, the Mulsanne will likely be powered by a revised version of the Arnage's 6.75-liter twin-turbo V8 engine. If our sources are correct, the engine should produce about 500 bhp (373 kW) and 1000 Nm (740 lb-ft) of torque.

According to Dr. Franz-Josef Paefgen, Chairman and Chief Executive of Bentley Motors, "The challenge we set our engineers was to create a new grand Bentley that would stand as the pinnacle of British luxury motoring, offering the world's most exclusive driving experience. They have responded to this challenge with real passion and the result is a luxury grand tourer that sets new standards in terms of comfort, effortless performance and hand-crafted refinement - the very qualities for which Bentley is renowned."

Look for more information to be released when Mulsanne approaches its mid-2010 launch date.