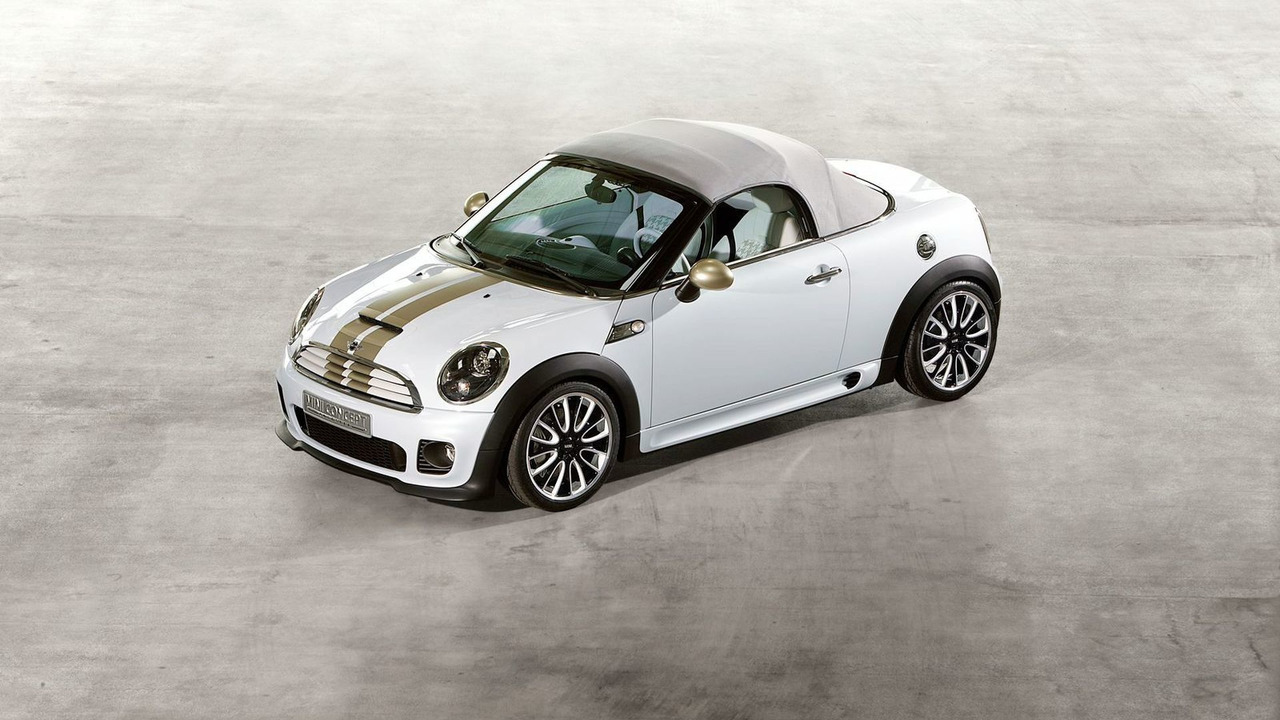 MINI has officially unveiled their two concepts at the Frankfurt Motor Show today. We have the full details on the MINI Roadster Concept and the MINI Coupe Concept inside

MINI took the wraps off of the new MINI Roadster Concept and the MINI Coupe Concept in Frankfurt today.  Both cars show an interesting prospect for MINI's future, although the introductions could divide some of the brand's fanbase.

As a top-down Roadster, the car looks nothing short of brilliant, and is clearly everything the MINI Cooper convertible wants to be.  It has modest proportions, with the two-seater coming in at 3.71 meters long, 1.68 meters wide, and 1.36 meters high.  Under the hood, MINI used the John Cooper Works edition 1.6-liter twin-scroll turbo engine that generates 211 horsepower and 260 Nm of torque.  The engine is capable of a boost torque rating of 280 Nm.  The automaker claims the vehicles are made from a "lightweight construction," but they did not provide the actual vehicle weight.

The interior of the vehicle looks really superb in the white and black combination, although the patterned seat inserts could be removed in favor of a solid color.  The chromed rollbars will look really nice with the chrome line exterior option as well.  Meanwhile, the roadster has a cargo capacity of 250 liters, much more than the 150 liters found on the Mazda MX-5 Miata, or the 142 liters in the Honda S2000.  The cargo space falls well short of the 283 liters available in the BMW Z4.

Where the cars fall a bit flat is at the roofline.  Rather, perhaps the car is not flat enough.  On the coupe, and when the roadster's top is up, it is as though the vehicle shape was the priority and the roof is an afterthought.  Still, we expect the overall response to be positive enough that MINI brings some semblance of these two cars to market.

You can check out both cars, dubbed the Oxford Twins, at the MINI stage at the Frankfurt Motor Show.  Along with the MINI Roadster Concept and MINI Coupe Concept, the company will display several vehicles from their 50 year history.