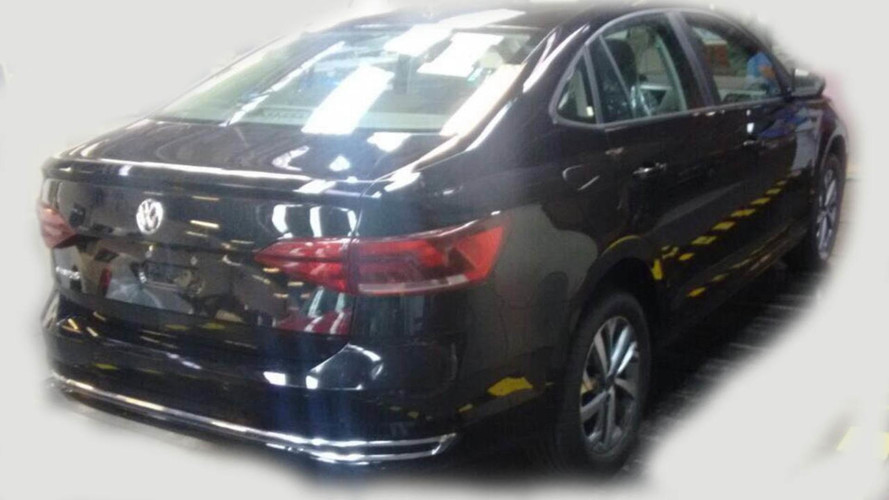 Weeks before the official premiere of the Volkswagen Virtus on September 1, spy photos courtesy of our reporter Leo Fortunatti reveal the vehicle in its full glory. Think of it as a Polo sedan going on sale in South America during the first quarter of 2018.

As we expected, the Virtus shows some differences compared to the Polo in terms of design. Not only it has a longer wheelbase, but the shape of the lower part of the front bumper is different. The rear end, in turn, is higher and has a kind of small spoiler on the boot lid, very similar in shape to the one on the Chevrolet Prisma. The stylish taillights resemble those of the Audi A4 and A3 Sedan with the thinner part that is located on the trunk lid.

The spy photos show two very different versions of Virtus. The red car looks like an entry-level model with 15-inch steel wheels covered with plastic hubcaps, without fog lights, and with unpainted bottom part of the bumpers. It will most likely use a 1.6-liter gasoline engine with 120 horsepower (89 kilowatts), mated to a five-speed manual gearbox.

The black sedan appears to be the range-topping Highline variant, with chrome trim on the bumpers and window frames, as well as 17-inch alloy wheels. It will use a revised version of the 1.0 TSI engine, with 128 hp (95 kW), coupled exclusively to a six-speed automatic. Because of the larger size of the sedan compared to the standard Polo, Volkswagen is not planning to offer the naturally aspirated 1.0 MPI engine for the Virtus.

Inside the cabin, the layout is similar to the Polo with a 10.2-inch TFT display in the instrument cluster and an optionally available 8-inch screen for the multimedia system.

Developed as an intermediate model between the Voyage and the Jetta, the Virtus will have as main rivals the Chevrolet Cobalt and Honda City on the Brazilian market, as well as the Nissan Versa and Toyota Etios. Both the sedan and the Polo hatch are already being manufactured at the Anchieta plant, in Sao Bernardo do Campo, on a pre-series basis. 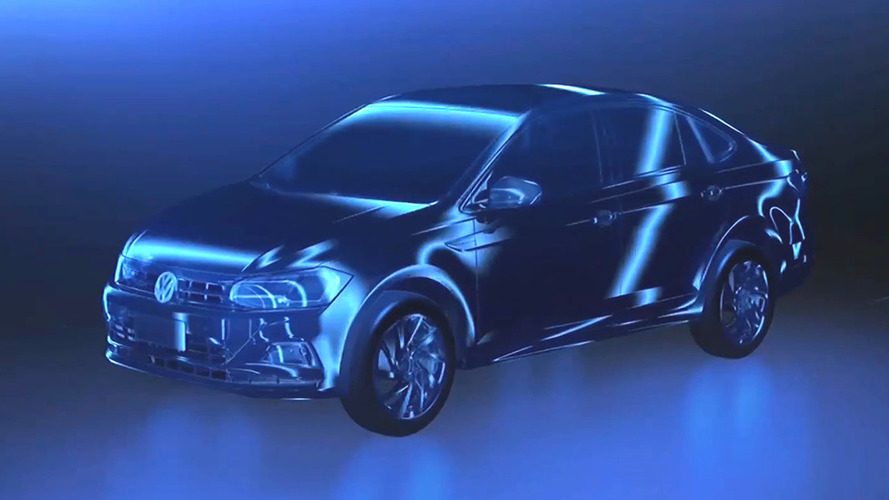