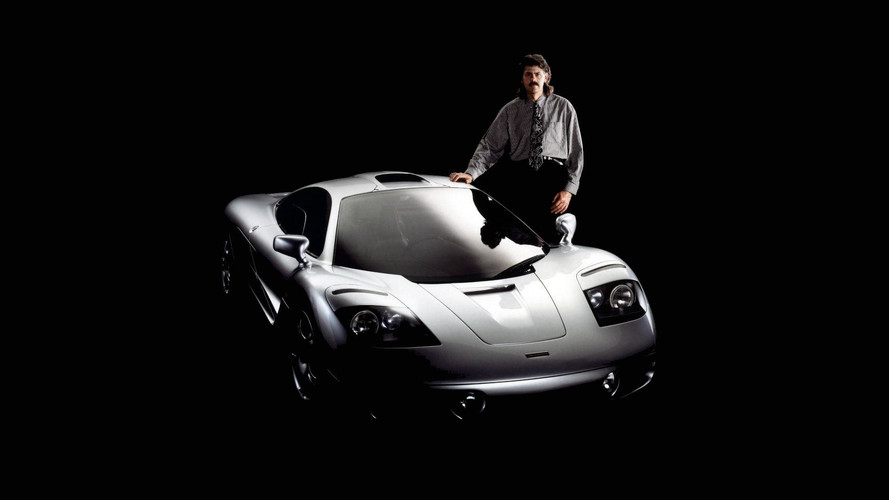 Unique event will host some of his most famous designs.

Legendary engineer and designer Gordon Murray will open an exhibition bringing together 50 years of his groundbreaking work. The best part? Everyone’s invited.

Hosted at a brand-new facility in Dunsfold, England, the event will initially be invitation only, but later a detailed virtual tour will cover almost every car he has had a hand in. Brabham and McLaren Formula 1 cars, innovative concept cars and one-off creations will all be in attendance. Professor Murray’s best known creation, the McLaren F1 supercar, will play a starring roll.

Murray said: “It will be a very proud and emotional day to see all these cars brought together, as they chart my professional life, as well as my perspective over the decades on complex challenges in vehicle design and engineering.”

After the exhibition, the Dunsfold facility will be outfitted with everything Murray and his design team need. It will become their HQ for design, production, and development of future cars.

One of Murray’s biggest projects he is currently working on is the OX. This simple yet rugged design offers a low cost way of carrying people and aid in the developing world. What’s so revolutionary about the OX? It comes as an easy to assemble flat package meaning the vehicle is cheap to produce and transport.

To add an extra dose of excitement on the opening day, Friday November 3, Gordon Murray will announce an all-new vehicle.

This landmark exhibition will celebrate Professor Murray’s five decades of vehicle design and engineering. And car and motorsport enthusiasts across the world will be able to take a ‘virtual tour’ online of the stunning exhibits themselves and hear some of Gordon Murray’s comments on some of the most iconic cars.

There will also be a host of displays that provide an insight into how these iconic cars have shaped the modern automotive world, as well as the many cultural inspirations for Murray’s work over the decades.

Professor Murray has masterminded the week-long exhibition in order to provide private viewings for the friends, colleagues and industry figures he has encountered throughout his career.

A detailed online ‘virtual tour’ of the exhibition will be accessible through the Gordon Murray Design website (www.gordonmurraydesign.com), shortly after the exclusive, invitation-only event. Any visitor to the website will be able to explore the various installations at their leisure, reviewing the unique characteristics and historical provenance of each vehicle.

The venue for the landmark celebration will be a brand-new facility in Dunsfold, Surrey, England. After the exhibition has concluded and the cars have departed, the site will be fitted out for Gordon Murray Design to use as its automotive centre, as well as for its design, development and production operations.

The exhibition coincides with other notable anniversaries for Prof. Murray in 2017: the 10th year of operation for Gordon Murray Design, 25 years since the McLaren F1 road car entered production and the 10th anniversary of the innovative and disruptive automotive manufacturing technology, trademarked iStream®.

To add to the anticipation surrounding this event, on the first day of the exhibition, Friday 3rd November, there will be an exciting news announcement concerning an all-new, ground-breaking vehicle.

Vehicles on display will include:

He adds: “Making this event happen presents a huge logistical challenge, as many of the vehicles are in private collections and distributed all around the world. Added to that is the fact almost all the cars are one-offs, and their value is greatly enhanced both by their rarity and, in many cases, by their race-winning pedigree. I am hugely appreciative of the generosity of those owners in granting us temporary custodianship of their cars for this unique event.”