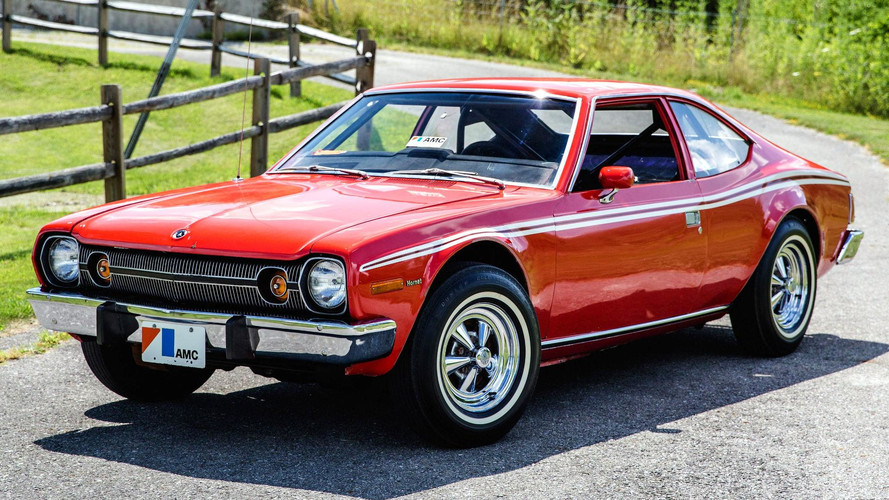 When Jaguar performed a record-setting barrel roll at the launch of the E-Pace, the company cited the amazing stunt from the James Bond film The Man with the Golden Gun as an inspiration for doing it. Now, there’s an opportunity to own the 1974 AMC Hornet from the original feat.

The custom Hornet moves the driver in the center for the right weight distribution to do the roll. While the exterior body panels make it look stock, a tube frame replaces the standard chassis. An extremely tiny fuel tank sits at the rear, and power comes from an inline six.

The stunt driver only needed a single take to make the roll happen. The only damage was a cracked windshield. You can see it in these images.

According to Hemmings, the James Bond stunt stems from an early foray into using computers to aid automotive safety. Engineer Raymond McHenry created a program for predicting the outcomes of crashes and decided to use stunt drivers to double check the forecasted results in the real world. He later realized that the program could also aid in planning car stunts.

McHenry worked with Jay Milligan, who ran a traveling car stunt show, to figure out the automotive barrel roll. Once they perfected things and patented it, the men contacted the James Bond franchise producers about using the feat in a future film.

According to Hemmings, Milligan built two barrel rolling AMC Hornets. The one on film only jumped once and went into his collection. Milliagan used the other example to continue doing the stunt publicly.

Auctions America will sell this stunt-prepped AMC Hornet during its upcoming Auburn Fall auction in Auburn, Indiana, from August 31 to September 3. The company expects the unique vehicle to go for between $250,000 and $350,000, but there’s no reserve when the car crosses the block.