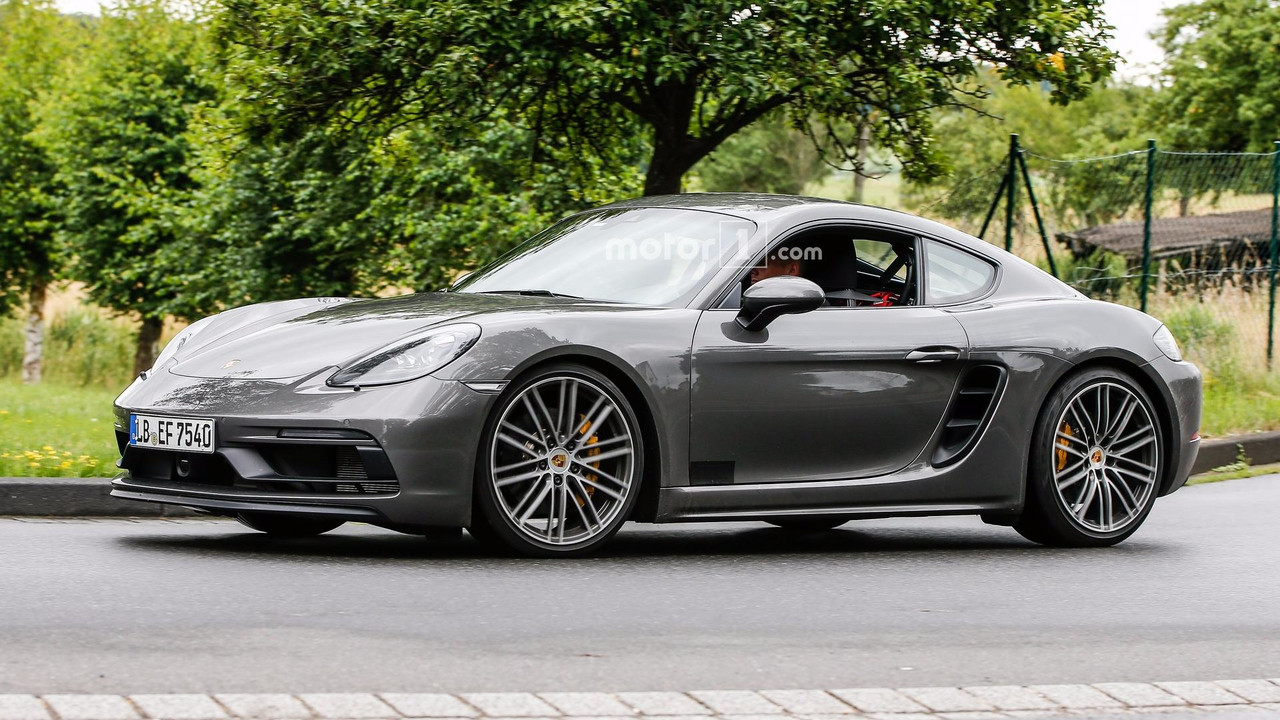 The subtle body tweaks over the S will be complemented by a bump in power.

The 718 Cayman range only has the standard and S versions for the moment, but the family is all set to grow soon when Porsche will unveil the GTS. Spotted from a close distance undergoing final testing, the hotter version of the coupe was not shy to exhibit the body changes it’s going through to distance itself from the S.

The front bumper now hosts more prominent air ducts while at the back we notice a reshaped diffuser hosting the pair of exhaust tips. In addition, the taillights appear to be missing the two red strips and instead adopt a monochromatic look that in this particular case blends nicely with the body’s color.

Beyond the visual changes, the GTS will also feature larger alloy wheels backed by beefier brakes to match the more powerful engine. While the S version has 350 horsepower (257 kilowatts) from its turbocharged 2.5-liter engine, expect Porsche to massage the four-cylinder engine and squeeze roughly an extra 20 hp for the GTS. Torque is also bound to increase a little bit over the current 420 Newton-meters (310 pound-feet). Rounding off the tweaks will be some suspension upgrades and some chassis tuning to make the new Cayman more nimble around the corners. While the prototype pictured here appears to have a roll cage, don't expect to see that on the production model.

It goes without saying the extra oomph will make the coupe quicker than the current 718 Cayman S, which needs 4.2 seconds until 62 mph (100 kph) when configured with the PDK and the Sport Chrono Package. The S version tops out at 177 mph (285 kph), so expect the GTS to go beyond that velocity.

Considering the Frankfurt Motor Show will open its doors next month, chances are Porsche will decide to unveil the 718 Cayman S and its droptop Boxster counterpart in the weeks to come. Further down the line, the engineers from Stuttgart will install a flat-six inside what will be the Cayman GT4 RS limited edition rumored to be blessed with a 4.0-liter developing somewhere in the region of 400 hp.