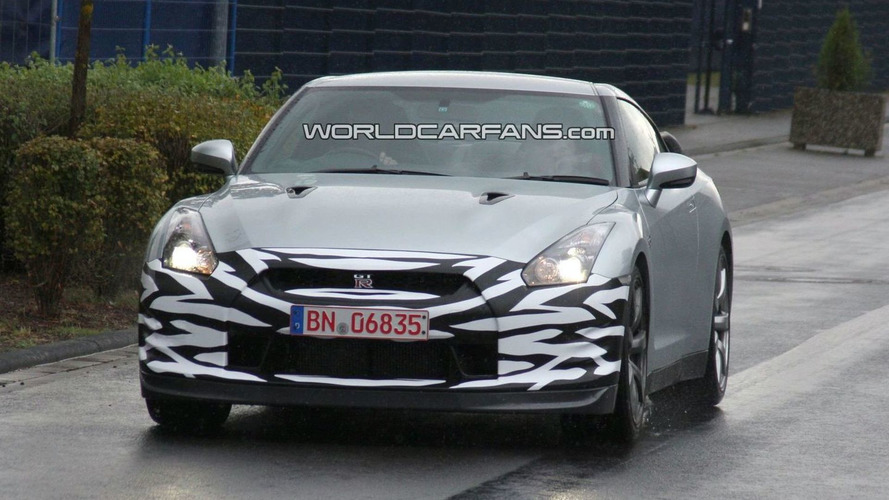 First spy pictures of a Nissan GT-R Spec-M have appeared. The highly specified super car will offer customers a long list of individualization options but keep the same engine and transmission.

While a report published in WCF told of how the Nissan GT-R Spec-V would not be the final word on the amazing GT-R saga, a Spec-M was not in our minds. These spy pictures show this very car for the first time and confirm that Nissan will continue upgrading the 3.8-litre supercar.

Visual modifications include the front and rear bumpers. The Spec-M will be highly customisable where buyers are able to specify items like red bucket seats to match the black interior, dash trim (aluminium or wood grain) and other interior features straight from the factory. The exterior can also be individualised to include a range of personal colours for the paintwork as well as some aero pieces like the rear wing.

Mechanicals like the engine, transmission and brakes stay standard. Technical work will be done on the suspension which will be tweaked.

Nissan has a history of churning special official GT-R models aplenty during the brand's life cycle. The previous-generation Skyline R34 GT-R spawned models like the M-Spec and the Nür.

More information will no doubt surface before and during the upcoming Tokyo Motor Show.