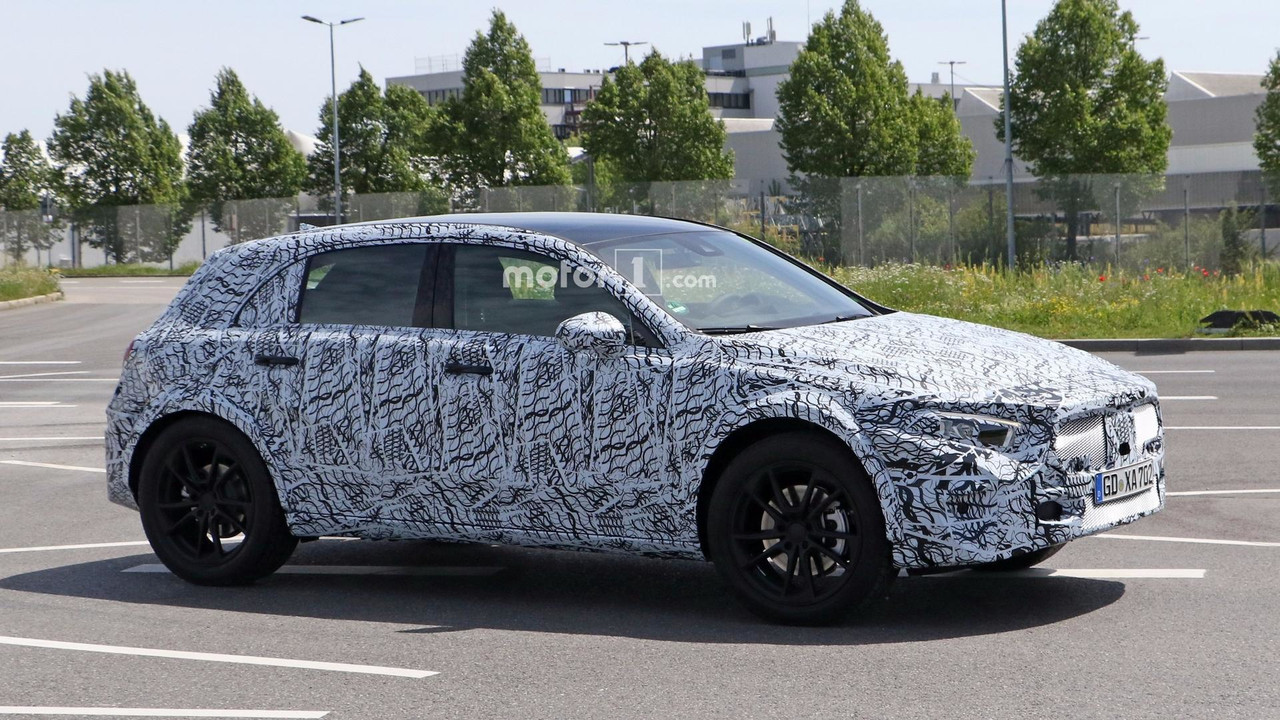 A new GLA is nice and all, but what about the long-rumored GLB aka "mini G-Class"?

2018 will be the year when Mercedes is going to introduce its new family of front-wheel-drive compact cars set to include a total of eight models. One of them is going to the GLA seen here out in the open testing as a camouflaged prototype ahead of what will most likely be a 2019 launch. It appears to look virtually the same as the regular five-door hatchback, with the exception of the increased ground clearance and the wheel arch extensions.

Chances are Mercedes had an early prototype of the next-gen GLA that used the same body panels as the hatch, unless the two will actually be borderline identical – though that seems unlikely. Much like with the current A-Class and the GLA, the differences between the two will be on a rather subtle level as the crossover will inherit most of the supermini's looks, but with the usual CUV traits like the extra plastic body cladding.

It’s going to be a similar story on the inside as the cars will have largely the same cabin, which recent spy shots have shown is going feature a dual digital screen layout akin to Mercedes’ bigger and more expensive models. A minor bump in size is expected in both cases and that will contribute to a roomier interior. Our spies told us a while back that one of the GLA prototypes they caught on camera appeared to have slightly wider tracks.

Using the second iteration of the company’s Modular Front-Wheel-Drive Architecture (MFA), the GLA will be sold alongside the usual members of the two A- and B-Class families. The lineup is bound to be expanded with the addition of an already confirmed A-Class Sedan slotting below the CLA.

There’s still no word from Mercedes about the GLB, but a report from late April citing sources familiar with the company’s agenda indicated the long-rumored rugged crossover is indeed in the works and will be launched in the United States in the years to come.