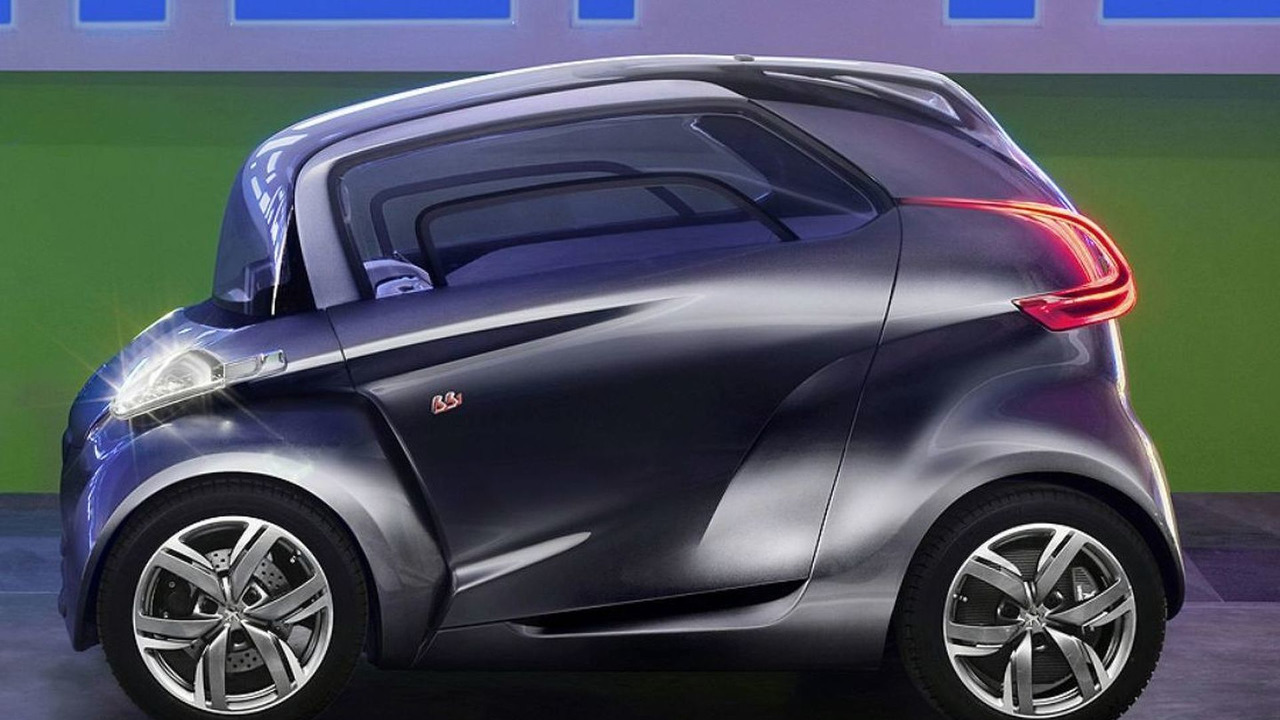 Peugeot has launched a teaser site for the BB1 Concept vehicle, a two-door mode of transport described as having a scooter for a mom and a car for a daddy.

What happens when an old Peugeot scooter and a Peugeot car don't use latex protection? The BB1 happens. The name BB1 originally referred to a motorised bike from the 1960s. Not much in the way of information is forthcoming at this stage except perhaps that the BB1 will be at Frankfurt.

A dedicated teaser site has been launched and it displays the words "Its mother is a scooter. Its father is a car." above a countdown clock which at last check would stop running in around 18 hours.

From these pictures it appears the car is meant for city living and driving, just judging from its size. At first we thought "smart competitor" but a second look at the interior shots reveals two extra seats at the rear. The roof appears to have some kind of pattern suggesting solar power or something similar. The steering mechanism is not a wheel but a horn-shaped device that's clearly taken from the world of bikes. The BB1 has four wheels, two doors and LED lights. The countdown has begun.