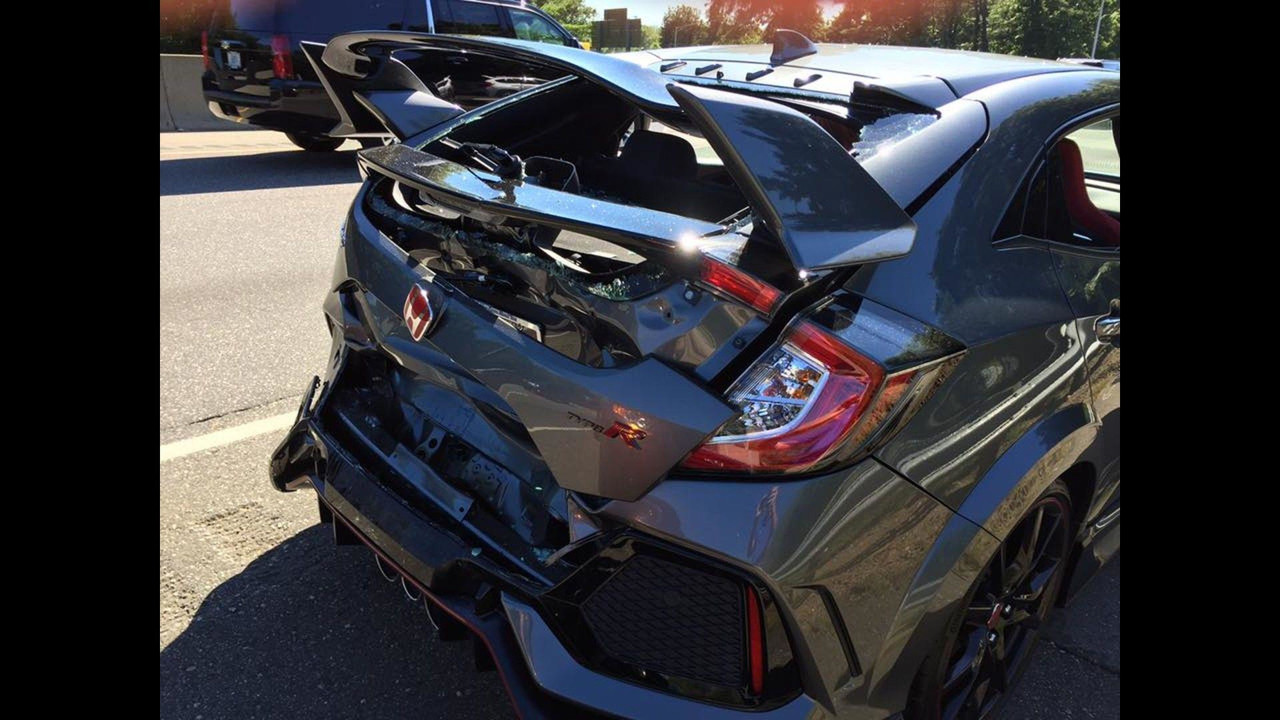 Another car is to blame for the accident.

Greg Ellingson flew up this past weekend from Philadelphia to Boston to pick up his brand new 2017 Honda Civic Type R from the dealer. After taking delivery of the hot hatch, he hit the road to get back home to Philly, but unfortunately for him and especially for the car, it did not end well.

While in transit, another motorist behind him did not pay attention to what was going on up ahead and failed to brake in time, thus smashing into those fake air vents of the 306-horsepower Nürburgring FWD king. The liftgate glass was blown to smithereens while some of the body panels will have to be replaced.

The impact was so powerful, the Honda was actually catapulted into the car in front and was involved in a second collision. These images of the aftermath reveal an unfortunate reality: buckles in the hood, scratched bumper, and a seriously damaged grille exposing the radiator. Look above and you’ll notice the driver’s body-hugging seat still has the protective cover, which makes it all even sadder to watch. We can only imagine what the owner is currently going through right now.

Despite the difficult moments he’s having, he was kind enough to allow us to publish his images. Thankfully, at the time of the purchase, Greg paid an extra $2,200 for insured declared value, so he’s going to get the highest sum payable by the insurer – that is if the Civic Type R will be declared a total loss. However, that might not be the case as the car could be roadworthy once again after changing the damaged body panels and headlights. It’s up to the insurer to decide whether the car will live to see another day.