Volvo Eager To List XC40 In Some Of Its Regional Websites 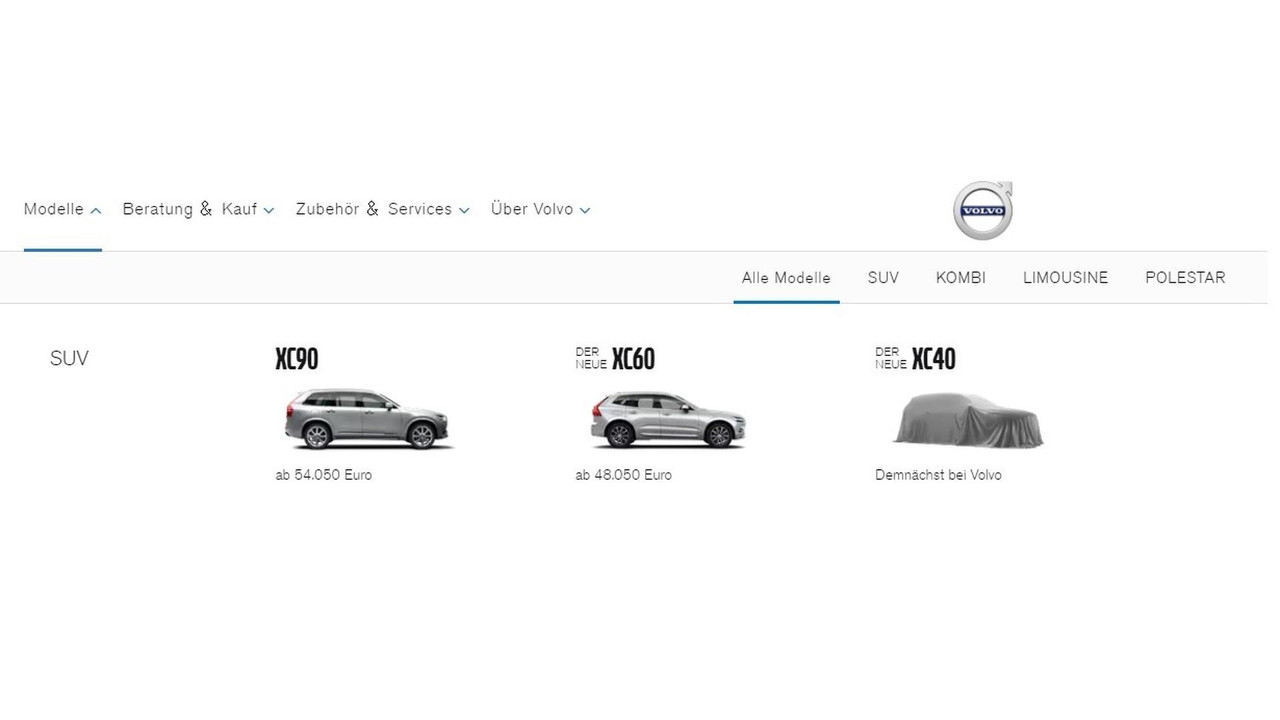 Does that mean a reveal is right around the corner?

We’ve seen the semi-revealing spy images along with the useless teasers and now time has come to have a look at the XC40 hiding under the virtual wraps. Needless to say, that’s just a generic image of an SUV and it has been posted on some of Volvo’s regional websites, with Germany and The Netherlands being a few relevant examples. You can sign up on both websites to have Volvo shoot you an e-mail whenever it has something new to reveal.

If an upcoming model is listed on a company’s website alongside the existing products, it’s usually a sign the new car is about to be revealed in full. While the Geely-owned marque hasn’t said a word about the XC40’s exact premiere, it has announced the debut will take place later this year. For what it’s worth, the premium compact crossover will not be on stage at the Frankfurt Motor Show in September as Volvo is cutting back on auto events and will only be attending the Detroit, Geneva, and the alternating Shanghai / Beijing from now on. A reveal at a standalone event seems more likely, like it was the case with the V90 Cross Country in September 2016.

When the XC40 will eventually make its debut, it will be the first Volvo to ride on the CMA platform set to underpin all future compact models. The exterior design is not expected to stray away too from the 40.1 concept (pictured above on the right) while the interior will take after the bigger XC60, but obviously it won’t match its quality. Turbocharged three- and four-cylinder engines will be available and these will be topped by a T5 Twin Engine version equipped with a powerful plug-in hybrid system.

Further down the line, Volvo has said it might come up with an entry-level “20” series likely to include a smaller XC20 crossover to go after the likes of Audi Q2, another pint-sized posh CUV.