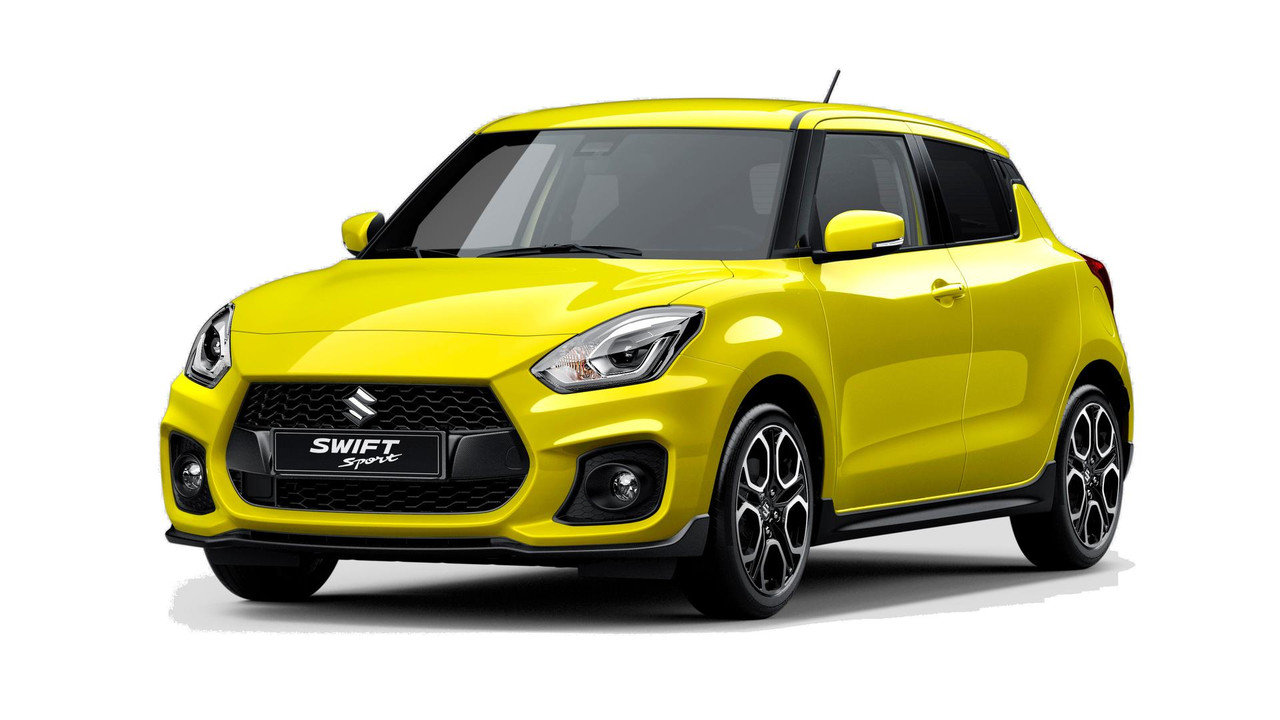 The pocket-friendly supermini is expected to have 140 horsepower.

It was only a few days ago when Suzuki published the first revealing image of its brand new Swift Sport and now more pieces of the hot hatch puzzle are falling into place courtesy of Twitter. Someone had the opportunity to get ahold of what looks to be the official brochure and decided to post it online for everyone to see.

It’s the same yellow car featured in the press image sent by Suzuki, but now we’re able to catch a glimpse of the dual exhaust tips and the taillight design. In Japan at least, the Swift Sport will be available with a choice of six exterior colors and will boast red accents on the inside where the budget sporty model will feature a pair of body-hugging front seats to further set it apart from the lesser versions of the range.

Other noticeable changes include the sportier dials with a red rev counter and a gray speedometer while a shorter gear lever for the manual transmission is visible as well. There are more red accents on the dashboard and center console to spice things up a notch.

While the brochure does not disclose the identity of the engine, we already know the new Swift Sport will ditch the old 1.6-liter naturally aspirated unit in favor of a turbocharged 1.4-liter mill. Borrowed from the Vitara S where it churns 140 hp, the four-cylinder BoosterJet generates 162 pound-feet (220 Newton-meters) of torque. It will be interesting to see whether the engine is going to be carried over as is or it will be massaged a bit to squeeze more power. Besides the six-speed manual, reports from Japan are suggesting a six-speed automatic transmission will be available as an option.

There’s no word just yet about performance, but taking into account the crossover needs 10.2 seconds until 62 mph (100 kph), it goes without saying the Swift Sport will accomplish the task considerably sooner than that given its lower weight.

The wraps will come off at the Frankfurt Motor Show on September 12.