Robots do most of the work, but the car still needs a human touch at the end of the painting process.

Be it a humble Corolla or a performance model such as the 911, it’s always interesting to see an automobile at its place of birth. When the vehicle in question is part of a limited-run special edition and has the Porsche crest, suddenly it becomes even more arousing.

Only 500 units of the Turbo S Exclusive Series will be made at the factory in Stuttgart and now we are able to see the intricate process necessary to give the car its striking gold paint. Alternatively, Porsche is selling the $257,500 model in other hues, but we have a feeling most of the buyers have chosen this eye-grabbing shade since it’s exclusive to this version.

The attention to detail is simply mind-blowing and we are particularly impressed by how the two carbon-weave strips are applied onto the golden roof and front hood. Speaking of which, the “frunk” is featured in another video (see below) that allows us to catch a glimpse of the meticulous work necessary to make the Exclusive Series worthy of its status (and price tag).

And with 598 hp generated by its biturbo 3.8-liter engine, let’s not forget this is the most powerful Turbo S that Porsche has ever made. The only car above it in the extensive 911 range is the $293,200 GT2 RS, but that’s a different beast.

A quarter of a million dollars or roughly two brand new Targa 4S models is certainly a lot of money to pay for a car, but then again the Exclusive Series is far from being an ordinary Porsche, if there even is such a thing. From the highly complex automated production process to the manually applied carbon fiber weave, a lot of resources go into building the golden Turbo S. As a final touch, the body is polished by hand to make sure the paint looks its best. 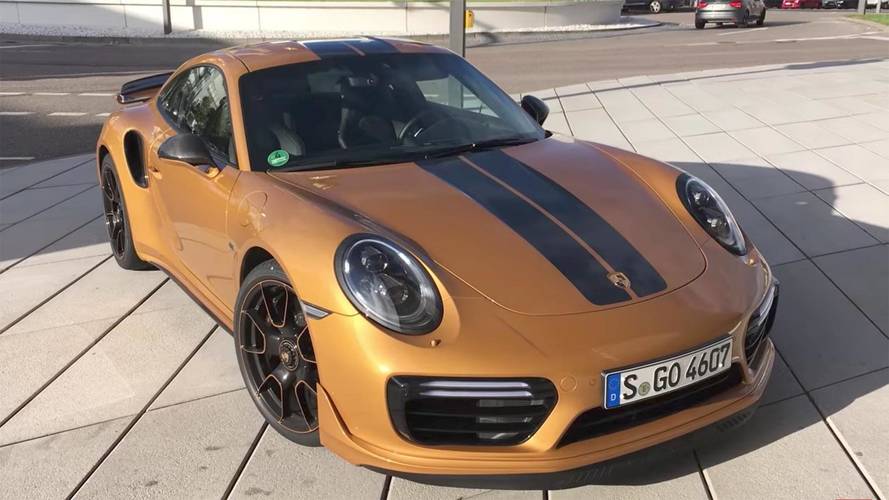