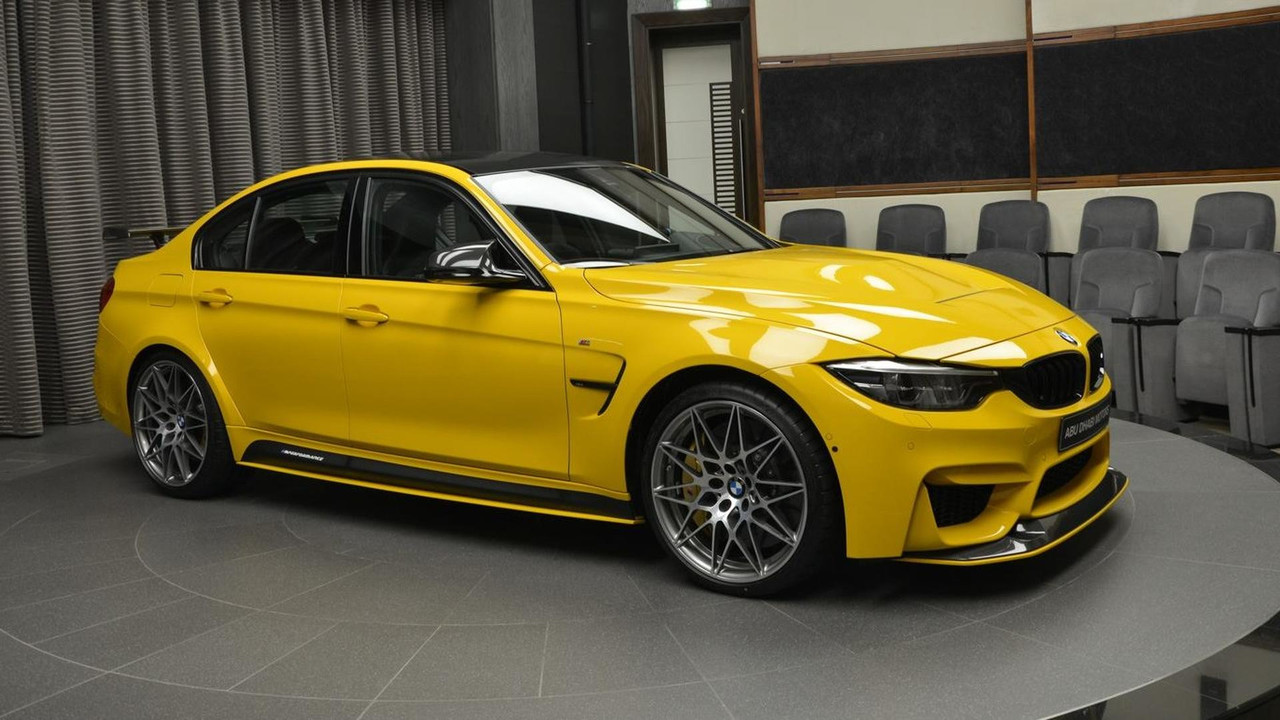 When a stock M3 just won't do.

It wouldn’t be too far-fetched to assume this is one of the most expensive new BMW M3s money can buy right now as it’s far from being standard. As a matter of fact, it is the closest thing to the M3 GTS this generation of the performance sedan has not received yet taking into account it boasts the carbon fiber hood and the prominent front spoiler borrowed from the M4 GTS.

Finished in a look-at-me Speed Yellow shade with a contrasting black roof, the M3 has also been fitted with an M Performance exhaust system with titanium tips housed neatly in the beefy diffuser, also from the M catalog and dipped in carbon fiber. The most obvious upgrade is the optional carbon fiber fixed wing boosting downforce at the rear axle to keep the sporty sedan glued to the road. Rounding off the list of extra goodies would have to be the M4 GTS wheels, carbon fiber side mirror caps, and the “M Performance” lettering adorning the predominantly black side sills.

As for the interior cabin, it carries over the body’s theme with contrasting yellow stitching and more carbon fiber touches with a glossy finish on the dashboard as well as the center console.

While BMW is already working on the all-new 3 Series, rumor has it the current M3 still has potential to grow as 2018 will be the year when a hot CS version will be introduced. The Germans from Bimmer Post have it on good authority the sedan will take after the M4 CS with 460 horsepower and 443 pound-feet of torque. The power bump over the M3 Competition Package (450 hp, 406 lb-ft) will be complemented by a more aggressive exterior design, additional hardware tweaks, and a weight loss to further boost performance.

We will have to wait and see whether the rumors about the M3 CS will pan out. Meanwhile, this fully loaded Speed Yellow example is the next best thing.