Audi R8 Spyder V10 Plus Debuts In The Metal 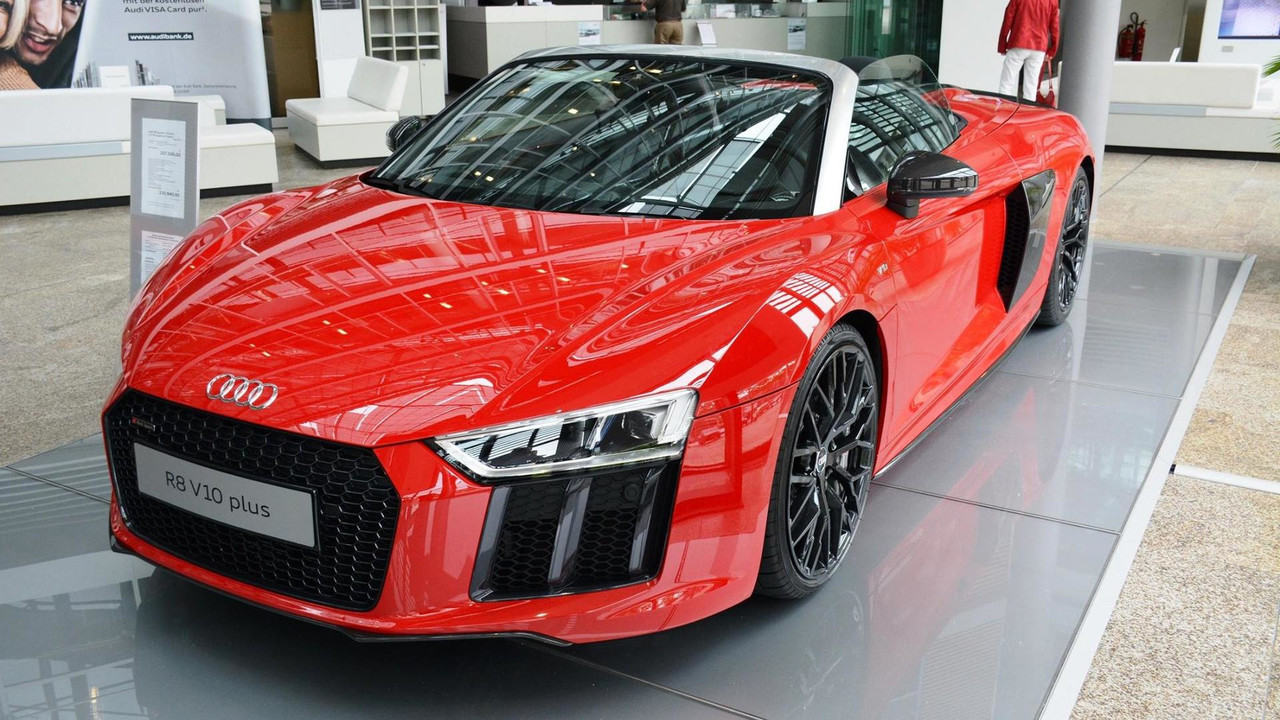 It's Audi's fastest convertible ever.

Audi unveiled the R8 Spyder V10 Plus more than a month ago with a Hulk-like optional micrommata green paint and now the droptop supercar is making its debut in the metal in a red-hot shade at the Audi Forum Ingolstadt in Germany. You are looking at the company’s most expensive car on sale today, which in its homeland Germany begins from an eye-watering €207,500 or €17,500 more than the equivalent coupe. As a side note, the electric R8 E-Tron priced at a whopping €1M used to be the priciest four-ring car, but that was discontinued a while ago after fewer than 100 cars sold.

This particular R8 Spyder V10 Plus finished in Dynamite Red is actually more expensive than the base model as it has a few extra goodies, like the glossy black 20-inch wheels (€1,500) and the laser LED headlights (€3,380), just to name a few.

Audi will commence customer deliveries towards the end of summer in Europe and it will likely bring it to the U.S. for those willing to pay the premium over the regular $177,100 R8 Spyder.

The only model that could dethrone the R8 Spyder V10 Plus in terms of pricing would have to be the hypercar Audi Sport briefly talked about earlier this year. However, for the moment it’s only a “good idea,” and even if approved for production, it will take a while to come to fruition. Meanwhile, the range of high-performance Audis will be expanded with at least a couple of RS-badged SUVs.